Kurdistan and Kurdish nation is paying a hefty price in order to achieve freedom democracy. Beyond the political parties’ framework, the Kurds have sacrificed their dearest children for long in hope of achieving freedom. Countless leaders were martyred in the process. At this point, Kurdistan is the most politically organized, dynamic and militarily active in geography of Iran, despite all the shortcomings and criticisms. As a result, Kurdistan will be the pioneer and at the heart of developments of Iran. The Kurds are not, nor will be a political card in balancing the power in the region’s equation or within Iran. They were at the forefront of struggles and have paid a prime price in the process. Therefore, it is necessary for Kurds and Kurdish organizations to become the primary political force within Iran rather than Kurds following movements and organizations that are passive and lack a political power in the country. We as Kurds should remember that we own a plan and project for the freedom of our nation. From a diplomatic and military point of view, it is other parties and organizations that require collaboration with Kurds. However, it is not possible to achieve freedom without establishing a national-democratic front based on unity of all Kurdish organizations and political parties. It is necessary to cooperate and converge with other political forces in Iran, although such cooperation must be within the framework of a national and joint front otherwise the Kurds will be left without any national interest and only become sacrificed for political benefit of others. We have been honest towards our nation and we will continue to remain authentic
The Kurdish nation is longing for unity of all Kurdish political parties to establish a national-democratic front
in Kurdistan. A front that is the audience for the outside world and a pioneer for true democracy and freedom within Iran. It is obvious that any political movement or party which refuses to fulfil this responsibility towards Kurds is ignoring the rightful demands of Kurdish nation and puts the political future of Kurdistan on an unforgivable risk. The key to democracy in Iran and freedom in Kurdistan lies in unity, convergence, and synergy of Kurdish nation, organizations, and political parties. The Kurdish nation is worried about a potential Kurdish civil war in the midst of Iran and middle east crisis. If we consider ourselves as political forces of Kurdistan that adheres to the demands of Kurdish people, then we have no choice but to relieve their concerns. The Kurdish nation is worried that their children may become sacrificed during the developments in Iran yet in the future of Iran lose everything on the table of negotiations due to lack of unity among Kurdish voices. These concerns are valid as we have had a similar experience on negotiations with the central government shortly after the 1979’s Iranian revolution. The political figures, intellectuals, women, youth, and non-governmental organizations must play an active role in such a critical point in history in order to compel the political parties and factions to converge. The path to our freedom passes through unity and coherence among all Kurdish political movements and relying on our own potentials and capacities. Without a doubt, such an alliance will directly influence the negotiation tables in France, Washington, other world powers, as well as rest of oppositions in Iran. PJAK believes in a clear, authentic, and open policy in accountability towards Kurdish nation and calls on every political party of East Kurdistan to share the same responsibility towards the people. PJAK and KODAR have offered the roadmap in a general and public form. We believe that Kurdish question will not be settled without resolving differences in other subjects such as Azeri, Baloch, Ahvaz, and every other religious discrepancy. Lack of a “democratic policy” guideline can put
Kurdistan is worried that the political parties may involve in power conflict, or put political
. It is clear that the Kurdish nation in East
party’s interest above the national interest similar to the case of South Kurdistan.
the future of every foresaid differences in ambiguity. On the other hand, we must make it clear that any freedom-seeking or egalitarian method that does not put women at the centre of their struggle for freedom will not be able to establish equality.
1- Establishment of a joint commission to resolve disputes between political forces and Kurdish parties in which fundamental roles are granted to intellectuals and academics.
2- Establishment of a national and democratic assembly that is above the structure of political parties.
3- Establishment of a military force, above the structure of political parties and in the framework of the right to self-defense.
4- Establishment of a military council that adheres to the national and democratic assembly.
5- Creation of a common diplomatic council in order to represent Kurds, under the
supervision of national and democratic assembly, both in the region and globally.
6- Establishment of a common media outlet and television to reflect the policies of National
Assembly across Iran and Kurdistan.
7- Establishment of a research center in Europe with the aim of conducting strategic
research about Kurdistan with the participation of Kurds in the diaspora, as well as internal researchers. The research center provides consultation to the National Assembly, political parties, and political organizations.
8- Establishment of a strategic center to organize the common operations (e.g. conferences, protest gatherings, workers strikes and civil disobedience) in order to converge the East Kurdistan’s society
9- Establish of the organization and institution above the structure of political parties specifically for women. The organization will be based on pathology and seek solutions for issues in women’s field. It will emphasize joint decision and operation in resolving the issues of women in East Kurdistan.
10- Creation of a joint committee to actively and on daily basis monitor the situation of Kurdish political prisoners in the Islamic Republic of Iran and struggle to release all political prisoners. 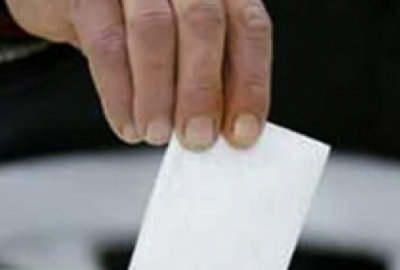 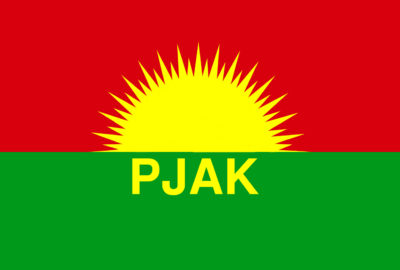