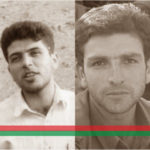 A deep understanding of “Resistance is Life” guarantees our bright future

Denial, elimination, mass murder, and ethnocide have constituted the main policies of the Islamic Republic of Iran in dealing with the national groups in this country. Totalitarian tendencies coupled with the lack of toleration of national and cultural pluralities inherent in the Iranian geographic order, with the Kurdish nation presenting itself at the top, was made manifest in the ominous duality of prison and execution, of which the Kurdish nation received a lion share.

The indigenous culture with ethical and historical values of the Kurdish nation, manifested in the context of its social resistance, have never yielded to the assimilationist strategies of nation-state building of the Islamic Republic of Iran. Owing to this the specter of prison and execution has never disappeared from Kurdistan’s horizon with the hope of shattering the willpower of Kurdish nation to withdraw from its social and ethical values.

Despite all these strategies, not only this culture did not lose its fortitude, but it was further empowered with the emergence of Kurdish new movement in Rojhelat (Eastern Kurdistan). From the roots of this culture emerged figures such as Farhad, Ali, Farzad and Shirin to symbolize the everlasting flames of Zagros Mountains sending a clear message to the Islamic Republic of Iran that its policies based on arrest, prison, and execution have forever failed.

The resistance put forward by these comrades was in fact that of the indigenous and social culture of Kurds and other nations in Iran against the Islamic Republic and its nation-state structure. In the character of these comrades the Kurdish modern movement proved that not only prisons are not the end of the road, they are in fact one of the main and sensitive loci of struggle.

Our comrades’ defiance has now become an organic culture for resistance and struggle in Rojhelat as well as in the Iranian prisons. The essence of our comrades’ defiance was their love for the bright future of our children, the free willpower of women, the fortitude of youth and their love for all male and female guerrillas of Zagros Mountains. Owing to this, the struggle is what that has as its target that of establishing a free and resolute society while safeguarding the values these martyrs had created. This would be the most appropriate response one could offer to their resistance.

The regime has been persisting on its politics of oppression and coercion both in prisons and on our nation. They have kept on implementing assimilation of the new generation, which include the destruction of personality of the Kurdish youth in various ways. The removal of women from political and social spheres has taken momentum. The destruction of Kurdish cultural values with the spread of hopelessness has become one of the main policies of the Islamic Republic of Iran. Attack on political prisoners, their beating and humiliation, arresting of their families with the whole range of coercion is nothing more than the extension of mass murders of political prisoners carried out in the sixtieth in Iranian prisons.

With respect to Kurdish political prisoners, these measures have been taken with far more tenacity. No change has been made in these attitudes and what they have uttered in the forms of slogan amount to nothing but a bunch of demagogies and deceptions. Without a doubt such policies reflect the horror the Islamic Republic feels when it sees the Kurdish nation has made breakthrough in its way to obtain its truth political status and to play its fundamental role in establishing democracy in the Middle East. Owing to this, the regime has endeavored to shatter what the Kurds have hitherto achieved and prevent them from making further move on their way towards political determination.

In response to this the culture of resistance entails insistence on the path of our martyrs as well as firmness on our existence. “Resistance is Life” which was the motto of the martyrs of 9 May, was conveyed to all Kurdish women and youth, and its deep understanding guarantees our bright future.

9 May was the multidimensional resistance of our nation against the state’s strategies based on physical and cultural annihilation. The establishment of a free, democratic and self-ruled society in Rojhelat is the pinnacle of this resistance.

In the fifth anniversary of the execution of our comrades Farhad, Ali, Farzad and Shirin we pay our deepest respect to their memories with all martyrs of freedom path. We call upon our nation and other freedom-loving peoples in Iran, particularly women and youth, to show their support for these martyrs by taking a historic step with the view to establishing a free, democratic and self-ruled society.