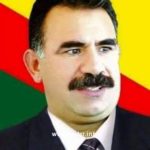 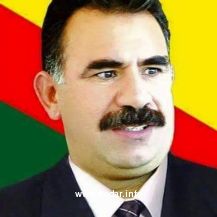 A NEW INITIATIVE FOR FREEDOM OF ABDULLAH ÖCALAN

A new initiative has been set up by trade unions GMB and Unite and other trade union supporters to campaign for the release of Abdullah Öcalan, the chief spokesperson of the Kurdish Freedom Movement, the strategist and advocate of a democratic and peaceful solution to the Kurdish question, from his imprisonment by the Turkish authorities.

Öcalan has been kept in solitary confinement by the Turkish authorities in the prison island of Imrali since 1999 and has been denied access to his lawyers since 2011. No-one, including his family, has been able to see him since April 2015 when a delegation from the Peace and Democracy Party (HDP) last visited him. He now leads a solitary life in total isolation.

It is well understood from international experience that in order to end conflict all parties to that conflict must be involved in seeking a solution.

Öcalan is key to a peaceful solution in Turkey. He has the support of the Kurdish people as is clearly demonstrated by the fact that over 10 million people signed a petition last year calling for his release. He has called repeatedly for a democratic resolution within Turkey to secure a peaceful and lasting solution. He has the respect and influence to unite the Kurdish people around these democratic demands for peace. No progress towards a solution can be achieved without Öcalan’s participation.