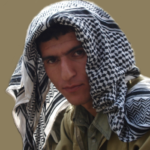 Attacks on Kurdish People will not be left unanswered

In early morning of October 26, our party’s scouting member Habibullah Golparipour with the nickname of Bahoz Sine in central prison of Urmiye and the regional member of our party Reza Ismaili in Salmas prison were executed by the Islamic Republic of Iran and heroically become martyr. Before anything we convey our condolences to the Kurdish people especially the families of these heroic martyrs and we bow down to our heroic martyrs, comrade Bahoz Sine and Reza Ismaili and all martyrs of freedom struggle of Kurdish people.

Recently the Islamic Republic of Iran has increased the level of oppression and political attacks on Kurdish people and especially individual whom are affiliated with out party or who have sympathy with our goals. While the Iranian regime on the one hand talks about a democratic and political opening and also improvement of international relations, on other hand we are witnessing that inside Iran and especially the eastern Kurdistan and against the various ethnic minorities of Iran, the new government has taken an aggressive approach.

The recent attempts of the regime against our party (PJAK) constructed with the aim to violate the decree of the cease fire, and we believe that it has reached its peak through extensive military operations against guerillas, militarization of eastern Kurdistan’s cities, creating contra groups (anti-guerilla), and persecuting people and at the same time increasing the pressure on Kurdish political prisoners.

This is while PJAK more than any other time has increased their attempts to continue the cease fire and prepare a democratic atmosphere to solve the Kurdish question and for in this regard, they have showed every kinds of commitment. But as always, the responses of Islamic Republic of Iran to the peaceful attempts of our party were attack, pressure and execution of Kurdish political prisoners is continued by the regime. The execution of our scouting member Habibullah Golparipour and our regional member Reza Ismaili is a frightful attempt from the Islamic Republic of Iran against the Kurdish people especially our people in eastern Kurdistan, therefore a national reaction from the Kurdish people against these invasions of Iranian regime as a matter of necessity imposes itself.

As Free Life Party of Kurdistan (PJAK) we are announcing that in such a situation the cease fire will be in a dangerous condition and in this regard we are reviewing all policies of the Islamic Republic of Iran against Kurdish people and at the same time these invasions of Iranian regime especially execution of our scouting member Bahoz Sine and our local member Reza Ismaili will not go unanswered.

In this regard, we are appealing to the Kurdish people in Kurdistan and especially our people in the Eastern Kurdistan, Kurds living abroad, Kurdish civic organizations and also Kurdish personalities and intellectuals that in various ways and widely show their protests, in a way that competent the heroic martyrs comrade Bahoz Sine and comrade Reza Ismaili and condemn the invasions of the Islamic Republic of Iran and have standing against them. At the same time we are requesting all Kurdish parties and organizations to have position against the dangerous attempts of the Islamic Republic of Iran against our people in the Eastern Kurdistan and fulfill their national duty.