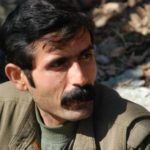 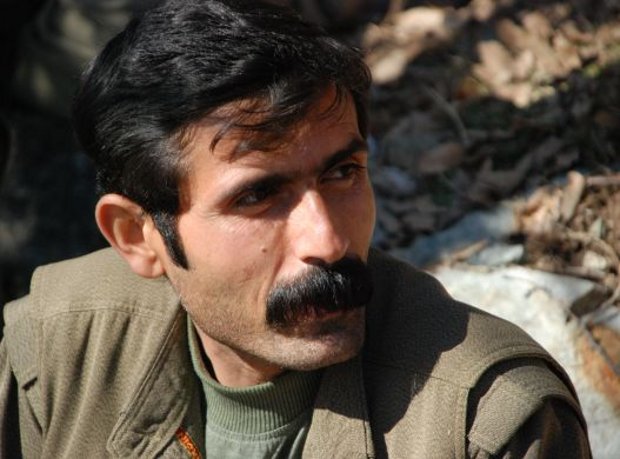 Awdanan: The unity of political parties is necessity [Interview]

ANF — While new developments in the Middle East are going to occur, Iran also as a last country, which is not safe from the waves of these changes, with holding the presidential election that is affected by the revolutions of the Middle East, is going to face historical changes in all terms. For this purpose the “Firat News” reporter had an interview with one of the members of PJAK coordination “Revar Awdanan” and asked the opinions of that party about this stage.

Revar Awdanan, member of PJAK coordination gave some analysis regarding Iran policies toward Kurds, PJAK’s position about presidential elections, the necessity of unity of eastern Kurdistan’s political parties, effects of “People Defense Forces” “HPG” retreat on PJAK activities and behavior of Iran towards the solution of Kurdish cause in northern Kurdistan.

Suppressive policy of Iran is not a wise choice

Revar Awdanan, regarding the current policies of Iran within suppression, increasing pressure on civic institutions and political activists especially against Kurdish nation saying: “the current situation of the Islamic Republic of Iran requires the government to take a wise choice and treat issues of different nations of Iran with a lot of sensitivity. This is what has not been seen so far. Leaders of the system instead of seriously making open and democratic political atmosphere, they have increased their oppression policies domain. This shows that whether the governments of Islamic Republic of Iran are not completely aware of the critical situation of the country or purposely they have selected the choice of going towards more annihilation. Especially the oppression polices they have taken against Kurdish nation is not acceptable at all. These pressures and repressions have reached their peak in this year’s Newroz. The whole world was witness that this Newroz was the beginning of “Spring of Freedom” for Kurds, because Kurds by opening the doors of democratic policy showed that what an enormous power they have for solving the regional and even global political problems. Continuing of pressure on our nation in eastern Kurdistan shows that unlike most of the world the Iranian government wants to ignore this fact. However the current policies that are applied against all nations of Iran and especially Kurdish nation only put the government in impasses. This is what the Iranian government has tried it before. Nonetheless oppression policy against Kurdish nation is not like before that governments could perform it easily and avoid the consequences of it. Prison, torture, and oppression only worsen the situation of the system, especially close to the presidential elections and based on the unfriendly look of the world to the Iranian government, it is required that the leaders of the system put an end to these oppression and arresting policies.”

Awdanan in continuing of his speaking and in answer to the question that “What is the PJAK position regarding the Iranian presidential elections?” added: “Our position is related to the performance of candidates. It is necessary that each presidential candidate announce his/her position towards the nations of Iran, especially Kurdish nation transparently, seriously, sincerely and boldly. Reveal his/her plan and project to solve the problems of these nations and determine the guarantee of their enforcement. If in practice there will be some progress in this direction then as PJAK we can be optimistic to this election, otherwise we are not ready to admit an imitation election that only legitimize the government. The system cannot once again by silence, denial and secrecy on problems of nations, especially Kurdish nation through an imitation election gain legitimation for itself. Whether the system in such a sensitive period of time make a change in its wrong, stressful and anti-democratic policies and will mark a true democratic opening or it will face the hatred and severe reaction of the society. This situation will be different from all previous resistances and struggles because the critical political, social and financial situation of nations of Iran cannot continue anymore and it has reached it explosion condition. Once we add the severe impacts of political and financial sanction to that, it will be clear that in case Iran repeats the previous games of election, only it will reach itself to the maximum level of vulnerability”.

What PJAK has done?

While any changes in Iran demands the active presence of Kurds in arenas, PJAK extremely gives importance to the unity of political parties and Awdanan regarding the necessity of unity and solidarity among political parties and oppositions of the Islamic Republic system and what the PJAK has done for establishment of unity and solidarity of Kurdish political parties said: “the unity and solidarity that help to advance the struggle of nations of Iran and spreading the democratic policy are extremely vital. Our situation in this context is very obvious. We count ourselves as representative of the “third block (front)”. The solution which we are working for its development is solving the problems via a democratic way and coexistence of nations. We consider any kind of solidarity and unity of organizations and parties in this frame important and have readiness for it. Among Kurdish parties and organizations also our demand and effort is based on creating an acceptable arena for dialogue and accepting each other. Now this arena faced some barriers from some Kurdish parties that consider themselves unique. We hope these parties and organizations that did not show their requisite intimacy towards Kurdish nation and PJAK come to their senses. We showed our intimacy and seriousness towards making a democratic solidarity arena among the Kurdish political parties. The recent ceremony which we held in relation to the anniversary of PJAK foundation and attendance of majority of Kurdish political parties from four parts of Kurdistan proves this claim”.

Effects of solving Kurdish problem in north to the eastern Kurdistan

The member of PJAK coordination, Awdanan, regarding “the eventual withdrawal of the People Defence Forces (HPG) from the northern Kurdistan and its effects on the PJAK activity” said: “undoubtedly advance of the project that leader Apo during this year’s Newroz has begun in northern Kurdistan has effect on all parts of Kurdistan. But unlike some one-sided statements, it never meant to stop our struggle activities. Contrariwise success of such project in northern Kurdistan and Turkey can be an appropriate example with aim of evolution of past policies of states of the region including Iran. Liberation movement of Kurdish nation in northern Kurdistan showed up to what extend it has the political initiative and high ability to finding solution. This matter resulted from the philosophy (paradigm) and special political project of leader Apo. PJAK also has the same capability. But entering such stage of finding democratic solution will not happen easily. Turkey may want to find a solution for Kurdish problem and currently the stage of discussion and negotiation with leader Apo is continuing but still there is not any practical step or even statement from the leaders of Islamic Republic of Iran related to the solving Kurdish problem. Kurdish nation has this capability that in each part of Kurdistan with their party, organizing and solution formulation special to them continue their struggle until success. Now we will use with method is depend on which policy the government will follow. We will answer to the denial and oppression policy with right of self-defense and the policy which is based on the democratic solution will be answered by a democratic policy from us”.

Positions of Iran towards solution of Kurdish problem

About this question that in case of solution of Kurdish problem in northern Kurdistan what will be the position of Iran towards that? Awdanan said: “with attention to historical and cultural commonalities of nations of Iran, it is necessary that Iran take action before all other countries which governing Kurdistan by admitting the Kurdish problem and taking practical steps for democratic solution of it. The upcoming election could be a historical opportunity.

Kurds are a powerful political force in the whole region and it is impossible to perform politics without considering them. The Islamic Republic of Iran proceeding anti-Kurd actions until now by following extremely repressive policies of Turkish government. Now that it has been revealed Kurdish nation with Apoism movement leadership is able to peacefully and democratically solve the problems, like before Iran should not continue its pressure and violation approach. In case Iran welcomes the democratic solution of Kurdish problem in northern Kurdistan and democratic achievement of Kurds in western Kurdistan and Syria, can faster than any other countries takes democratic steps. Historical background of co-existence among nations of Iran provided a good arena for this purpose. Unfortunately the Islamic Republic of Iran currently does not follow such path, but instead they are continuing their anti-Kurd policies through pressure on Kurdish society”.