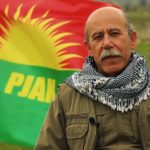 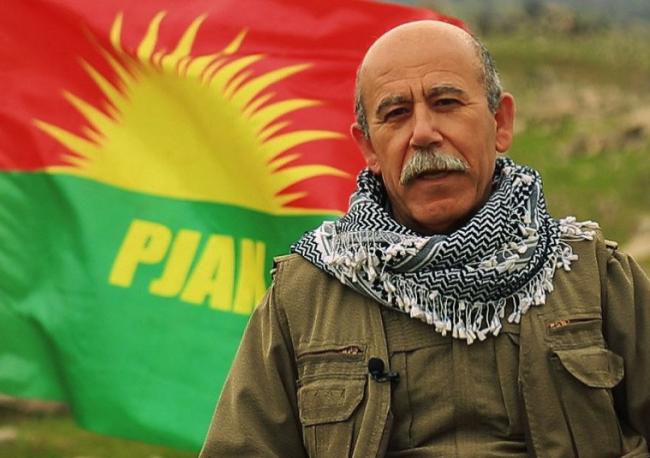 IRAN’S tyrannical and oppressive regime ensures that little news reaches the wider world. What does get out often concerns assassinations, imprisonments and state-orchestrated violence. In such circumstances, organised resistance is difficult, but one group standing up to the regime is the Free Life Party of Kurdistan, or PJAK, who follow Abdullah Ocalan’s ideas for radical democracy, feminism, ecology and multiculturalism.

When I met the party’s co-chair in Brussels, I jumped at his offer of an email interview – and my friend’s offer to translate it.

While the Islamic Republic’s religious intolerance is well known, their Persian ethnic nationalism is less familiar, and contrasts with their universalist rhetoric. Only six out of 10 Iranians are Persian. Azeris form the biggest minority, followed by Kurds, who make up 12-15% of the population and are primarily based in the west of the country.

Most Kurds are Sunni Muslim, but Shiite Kurds are persecuted too. Kurds played a major role in the 1979 revolution against the Shah. However, when they resisted its takeover by the religious right, Ayatollah Khomeini declared a jihad against them. Not satisfied with taking military control of Kurdish land and massacring thousands of Kurdish prisoners, the government has pursued a policy of suppression that combines all-pervasive securitisation with economic sabotage of Kurdish areas. Kurds are deprived of freedom of thought and action, and often of the opportunity to earn a living. They make up almost half of Iran’s political prisoners.

Political parties have to operate from exile. PJAK’s political wing is organised from Europe and Iraq, and they have military bases in Iraq’s Qandil Mountains.

Sarah Glynn: How did supporters of Ocalan in Iran organise before PJAK, and what prompted its creation? To what extent are they able to work with other Kurdish parties (KDP-I, Komala)?

Siamand Moeini: Whenever an uprising has occurred in one part of Kurdistan, Kurds in other parts have considered it as their own and provided as much support as they could. In 1999, the international conspiracy [that captured] Ocalan impacted all parts of Kurdistan. The people of East Kurdistan [the predominantly Kurdish part of Iran] deemed it an affront to their national dignity, pouring into the streets to protest.

Iranian police and security personnel attacked the protesters, killing dozens and wounding hundreds. They put thousands of people under investigation. As a result, many young Kurds throughout East Kurdistan were forced to leave their jobs or university and head up to the mountains to join the PKK revolution. In 2003, I travelled from Europe to the Qandil Mountains to take part in a number of meetings to prepare for a political party. The result was the establishment of PJAK the following year.

From the outset, PJAK has endeavoured to establish sound and friendly relations with the Democrats [KDP-I] and Komala, but they have not been friendly towards us. At PJAK’s Fifth Congress [in October 2016], it was decided to make warmer relations with all Kurdish political parties, and we sent a delegation, headed by myself, to meet them. A number approached our initiative positively, and we have engaged in common projects, but some rejected our outreach. Following the Fifth Congress, PJAK offered these parties a 10-point programme for joint work to face the Islamic Republic of Iran.

What relations have PJAK and other Kurdish parties in Iran had with wider opposition movements? Could you comment on the potential for the anti-state protests in November to bring about significant progressive change – and also the influence of reactionary elements (calling for the return of the Shah and giving anti-Palestinian slogans)? Was PJAK involved in those protests?

Unfortunately, none of the political parties has engaged in common projects. This has allowed the Islamic Republic to remain standing.

In the last wave of mass protests, political parties did not play a strong role. These protests were a reaction to unemployment, social injustice, lack of women’s freedom, and a number of other factors. We try to take part in protests in diverse ways. When opportunity allows, we channel the legitimate demands of the people to create political leverage to force the system to retreat from its unjust politics.

Iran is a multinational society with diverse ethnic and religious groups who have different aspirations. I would argue that East Kurdistan is more politicised and can be organised easier that the rest of Iran, but popular protests and rallies regularly take place in the central cities.

The media plays a pivotal role, either through spreading fabrication, or by creating an atmosphere for mass and purposeful protest. Monarchy was tried, and both Shahs ruled dictatorially. That’s why I believe people do not want this system any more. The monarchic system blocked the trend towards constitutionalism, and moved the country backwards by dozens – even hundreds – of years. It remains in people’s political memory how the

SAVAK [National Organisation for Security and Intelligence] filled Iran’s prisons with democrats and liberationists, with thousands being tortured and executed.

Within the revolutionary dynamics of East Kurdistan, PJAK is an organised force that can be activated when the time is right for protest and uprising. Meanwhile, it works with other democratic forces in other parts of Iran in order to mobilise public discontent.

What political organisation has there been by other minority groups, and how much have different minorities managed to work together?

We have formulated a project for co-operation between Iran’s nations, and have reached out to associations and political parties representing all the peoples of Iran. We have managed to achieve a level of cooperation between Kurdish, Arab, Baluch, and, to some extent, Azeri political parties and associations. In January 2018, we organised a conference in the European Parliament, inviting delegations from these groups to discuss mutual co-operation and solutions to the problems we all face. The conference was very successful and was welcomed with extensive support. More than 1.5 million people, in Iran alone followed the conference online.

The problem facing Iran’s nations is political: it is a problem of democracy. In Iran’s future political model, all ethnic and religious groups should take part and play their role in formulating the country’s legal structure. This is the only way to solve their problems democratically. As long as a viable mechanism to address the problems of Iran’s nations is not found, and the country is governed through a centralised nation-state with a chauvinist outlook, there will be no viable solution. There will be no end to war and conflict. Indeed, Iran has become a source of problems for the whole region. That is why we think that a democratic self-administration is a viable solution at this stage, because it provides a powerful mechanism to include groups from different cultural, social and even economic backgrounds.

PJAK is a political and democratic party that endeavours to bring about a free and just society. It has always offered a programme for democracy within Iran, but, unfortunately, the Iranian authorities have never allowed PJAK – or any political entity that doesn’t function within the parameters of Islamic law – to engage in politics. In a nutshell, any political activity is prohibited in Iran.

With respect to Kurdistan, the state takes a security approach and never trusts the people. According to human rights organisations, East Kurdistan has the most executions. Moreover, we see how, every day, Iranian border guards shoot and kill Kurdish kolbers [cross border mountain porters].

It’s not just political parties – also civil and ecological associations cannot function outside the control and supervision of security and intelligence agencies. Most parties that function officially inside the country are created and supervised by the Ministry of Intelligence. If they move beyond their allocated task, they become subject to attacks by the intelligence units, with many people thrown into prison. Prison for political activists means torture, assault and execution. Who can organise legal activities in such an atmosphere of terror? Opportunity for political action in a legal framework is non-existent, because the regime’s tolerance towards its political opponents is non-existent.

Do Iran and Turkey co-ordinate their attacks in Qandil?

Throughout their history, Iran and Turkey have collaborated to maintain their hegemony in the region. A number of pacts have been reached in order to attack the Kurdish liberation movement.

In 2011, we witnessed a fresh round of collaboration, in which they co-ordinated an extensive air and ground operation on our positions on the borders between Iran and Iraq. Iran deployed thousands of forces on the ground, while Turkey engaged in a fierce aerial attack. PJAK put up a unique resistance. We co-ordinated attacks on Iran’s military fortifications deep inside the country, including Tehran, and Iran was forced to retreat.

Now, Turkey is trying to drag Iran into a war against us. Turkey is conducting regular attacks on our positions and, at the same time, are encouraging Iran to launch a new round of ground operations. As a result of Turkish air attacks, we have lost dozens of comrades. With these attacks, Turkey wants to send Iran a message: Working together we can launch the “final” operation against the Kurdish liberation movement. As a result of the crises Iran has been grappling with, the Tehran government has not got the power to engage in a serious confrontation with our forces. If they did, they know the situation of 2011 could repeat itself; so they approach the issue very cautiously.

How has the expansion of Iranian activity and power abroad impacted on support for the government at home in Iran and on Iranian nationalism?

From the outset, Iranian authorities based their foreign policy on spreading Islamic revolution abroad. To pursue this, they have organised dozens of terrorist groups in Iraq, Syria, Lebanon, Yemen, North Africa and elsewhere. These groups have conducted terrorist acts in Europe. Administering the Revolutionary Guards and strengthening the octopus-like tentacles of these terrorist organisations requires a huge budget. The Obama administration, with the removal of the embargo on Iran’s foreign funds, effectively provided these groups with more than $115 million, allowing them to become stronger.

The Iranian strategy of exporting the Islamic revolution has had negative consequences in Iran. People are infuriated when they see their government spend all this money on terrorist groups abroad while they suffer from unemployment and poverty. Iranian authorities have completely lost legitimacy. In the last elections, turnout was extremely low. With the American embargo – and especially after the Trump administration withdrew from the nuclear deal – the Iranian authorities have faced a critical situation, with protests against unemployment and against lack of freedom continuing to spread and widen. People are organising themselves against the mullah government.

Can you comment on accounts that the Iranian government has hugely under-reported the impacts of Covid-19? How has Covid-19 affected politics in Iran, especially government power, and possibilities for resistance?

People in Iran, as in many other places, are in a state of uncertainty, waiting to see how things will unfold. This has temporarily restricted protests. On the other hand, economic pressures stemming from the Covid-19 situation have left people unable to stay at home. That is why local anti-government protests are currently taking place. I predict that, in the post-Covid situation, mass protests will break out that will completely overwhelm the authorities.