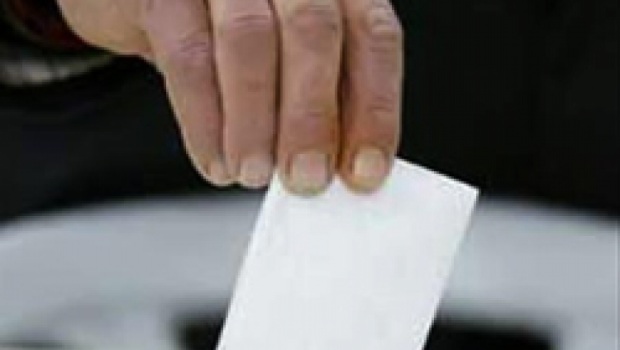 Even though it is assumed that election atmosphere has not appeared in Iran, one can witness the exciting propaganda campaign along various hot debates in process. Based on past three decades of this government’s ruling of Iran and the shape it has currently assumed, along with the society’s condition one can predict how political factions as well as the people will participate in the upcoming election. Tremendous internal and external problem have threatened the well-being of Iranian communities to a point that many Iranian veterans have already labeled the situation as ‘critical condition’. Lack of solutions for these problems along with internal conflicts among political parties recalls many unanswered questions.

The unresolved problems as well as unanswered questions of people have turned election time into a memorial symbol of pain and suffering. The results of election are no longer meaningful for people, even though it affects their future. Election tragedy would be an acceptable term to describe this situation and it is in fact invention of the current government. During every election carried out in the past thirty four years the government tried to depict people’s participation in elections as legitimation for itself. Delusion of foreign intervention and consequently suppression of internal oppositions is one of the causes of such mindsets by the regime’s leaders. The struggle to stay in power without resolving issues and repeating this scenario over and over has made the situation unbearable. Furthermore it sparked protests among all the peoples, while it also greatly served the alleged claims on external intervention. Some veterans were aware of the condition and reform factions were also benefiting from political and economic advantages, which consequently resulted in longevity of Iran’s current government. Lack of accountability of reform faction despite their election slogans and their limited influence on people in one side, and the rise of foreign interventions in Middle East is another side contributed in complete change of events in Iran.

Last decades witnessed a sequence of events to which if answers are not provided, will result in unclear future in Iran’s policy. That means another election devoid of hope and fraught with troubles for the Iranian peoples. By posing several questions in regards to last decade of Iran, it is possible to shed some lights on the situation and go beyond the generalization made by dominating circles.

Why did the tiny process of reform in Iran stop? Was the process of reformation really a foreign conspiracy as claimed by fundamentalist circle? Or was the reform faction was a tactic by the regime to ensure its continuity? Or reform movement had failed to pass through barriers of protagonists? Were the reform party’s internal and social policies not at a level able to satisfy the problems of Iranian communities? Did the project of ‘Dialogue Among Civilizations’ which was proposed by reform party fail to reduce conflicts between Iran and foreign nations? Was establishing a moderate relation with the West on the condition of maintenance of the government beneficial to the West? If the discussions had positive results, then why did the dialogue stop? Was western countries’ excuses stimulated setback? Did intervention in Iraq frightened Iran? Was and is Iran able to engage in war against the United States and its allies? Or was Iran able to neutralize the threats with tactic of propelling war and conflicts to outside of its borders, mainly in Afghanistan, Iraq, and Lebanon? Was obtaining Russian protection against intervention in the Middle East which could define future of western system an enough act? Most importantly, was suppressing oppositions in Iran by labeling them as foreign threats to prevent any minor reform a correct decision? Was deposing Ba’ath government of Iraq just to disarm it from mass destruction weapons? Were internal conflicts in Iraq among religious and ethnic groups fueled by foreign forces? Was not the reason for the misusing of these conflicts lied in the inability of the Iraqi’s previous regime to find solution to those problems?

Wasn’t slaughtering its own people and becoming ally with Turkey (which was historical enemies) to genocide Kurds in Iran enough? Wasn’t overthrowing oppositions and mass killing of 1388 people satisfactory to them? To cover up those mass killing was it necessary to use victims as a plot to show them as roots of evil? Does Guardianship of the Jurisprudence regret having Ahmadinejad’s faction as a ruler? Did the leadership of Iran feel threatened by Ahmadinejad’s circle for pursuing related members of leadership office or did they fear Mashaei’s ‘Iranian Doctrine’ project? Is partnership of Ahmadinejad-Mashaei similar to Putin-Medvedev or closer to Islamic liberal project of Abdullah Gül-Erdoğan? Does Ahmadinejad’s circle intend to reduce the Shia Crescent project from Qom to Qods to just Iranian borders but without Guardianship of the Jurisprudence? And is this the main fear of Khamenei (Iranian Leader)? If that’s true, is there skepticism on other projects of the government? For example diplomatic agreements and communications with Turkey and United States under Ahmadinejad’s ruling aren’t suspicious? Did the evident and vulgar enmity of this faction with Israel and denying holocaust resulted in the weakening of Israel or did it boost the unprecedented international support in favor of Israel? What was the goal of economic and political sanctions on Iran? Was it to prevent Iran from supporting its allied faction in neighboring countries or the goal was to divide Iranian communities and finally stimulating protests against the rulers? Considering that as the case, then why did the government distribute subsidies among people without creating new jobs? Wasn’t that one way to empty the country’s treasury? Wasn’t that a decision aligned with sanctions? If so, how much did it help the sanctions’ effects? Or possibly the opposite of the case was true and Ahmadinejad’s circle felt responsible towards people while other establishments tried to spread the protests, even though it’s a service to western policies?

Are these and many other questions are the critical condition that Hashemi warned about while Khatami called for collaboration for a while in order to return to pre-critical condition? Considering external intervention in Middle Eastern countries, international political situation and internal condition of Iran, there is no doubt that the Iranian government aided the foreign interventions, almost similar to the Trojan horse scenario. The condition of government in Iran is so faulty that each circle in one way or another played the role of Trojan horse. Furthermore, the attention of external politic communities on Iranian election is questionable. Do western nations expect events similar to 1388 or do they have a different plan? Regardless of the case, it is clear that repeating the same strategy by the government and even using past reform slogans if not worsen the situation, surely can’t resolve the problem. The economic, politic, diplomatic, identity, ethnical, cultural, religious problems are mighty enough that can’t be resolved with simple actions, slogans and nationalism proceeds.