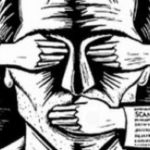 Amendments to a law punishing insults to Turkish identity which the Turkish parliament adopted on 30 April are “cosmetic and insufficient,” Reporters Without Borders said today. Dozens of writers and journalists have been convicted under the law, article 301 of the criminal code, since its introduction in 2005.

“It is wrong to regard this reform as good news,” the press freedom organisation said. “It is true the penalties have been reduced, but insults to Turkish identity has simply been replaced by insults to the Turkish nation, leaving judges a lot of leeway to prosecute anyone who publicly broaches sensitive issues such as the Armenian genocide or the Kurdish issue.”

Reporters Without Borders added: “Furthermore, this reform concerns only article 301. Any real improvement in freedom of expression in Turkey would have to include a thorough overhaul of all the laws and regulations that restrict it. The limited nature of this reform highlights the size of the problem that free speech poses to the Turkish authorities.”

The national assembly approved the amendments to article 301 after a stormy debate on 30 April by 250 votes to 65. Article 301, which took effect in May 2005 replacing article 109 of the old criminal code, made attacks on “Turkish identity” punishable by up to three years in prison and it was used to prosecute several thousand people.

According to justice minister Mehmet Ali Sahin, 1,189 people were taken before a court in the first quarter of 2007 alone for article 301 violations. Nobel prize-winning novelist Orhan Pamuk and Armenian-Turkish newspaper editor Hrant Dink, who was murdered by ultranationalists in Istanbul on 19 January 2007, were among those prosecuted under the article.

The reform replaces attacks on “Turkishness” by attacks on the “Turkish nation” and reduces the maximum prison sentence from three years to two. And most trials under article 301 will henceforth take place before magistrate courts instead of criminal courts. Article 301 proceedings currently under way will be dropped, and the cases will be reexamined in the light of the new provisions.

Article 301 is just one element of the legislative arsenal restricting free expression in Turkey. Other laws punish attacks on fundamental national interests (article 305), inciting hatred, hostility or humiliation (article 216), attacking the memory of the Turkish republic’s founder, Atatürk (law 5816 of 25 July 1951) and discouraging the public from doing military service (article 318). In many cases, the penalties increase by a half when the media are used to break the law.