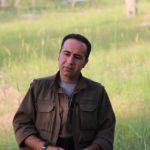 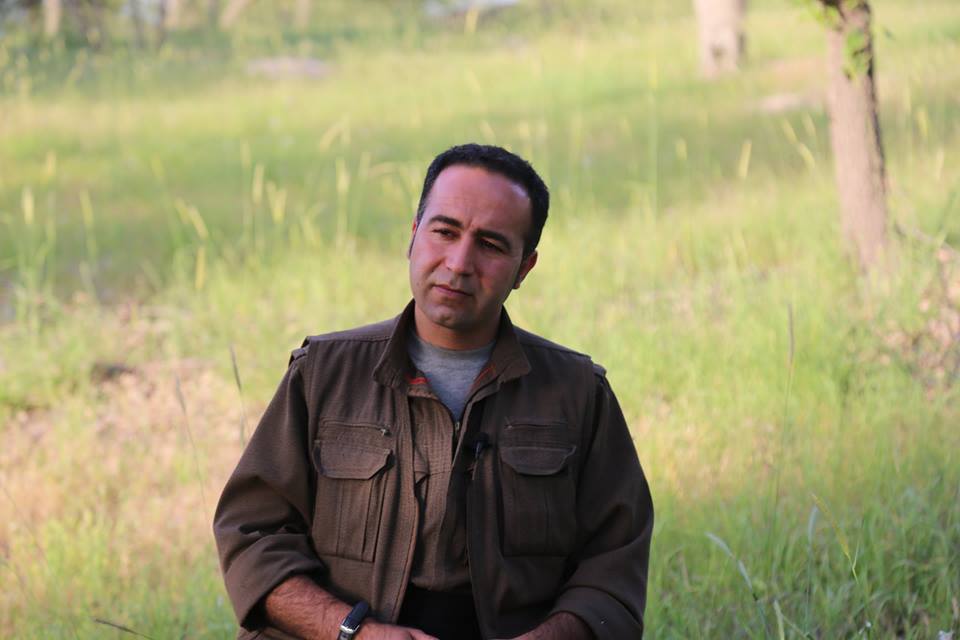 Counsel member of PJAK Baran Beritan was answering to the questions about Border conflicting between Iranian Military ( Sepah Pasdaran ) and East Kurdistan People, Referendum in South Kurdistan and conflict between hardliners and what so called Reformist in side Iranian politic.

The deferences shown in the Hardliners and so called Reformist in Iran is not real and serious.

Answering the question about conflict between hardliners and so called Reformist, Baran Beritan pointed out that there is deference in between of them But we should not take it seriously, it’s mostly short term and not about important issues although there is some pressure on Ruhani to share the power in between them that’s why they accusing his family member about corruption and on the other hand they put some of hardliners and Khameneies allies on the Cabinet list for him, the hardliners wants there share fare.

Let’s not have an allusion that Ruhanis government will make huge changes.

Counsel Member of PJAK expressing his opinions on whether or not Ruhani did what the people wants?! He said in the last four years of his been in office and having elected by 24 millions of vote for the second term , people expected democratic changes but Ruhani didn’t have a will to do so although he is using the big support against his appoints, he is not willing to make changes that people wants and let’s not have allusion about him that he want it, he can’t. We could see him and other candidates on there debates that they did not cross the red line of regime they support. People are knows too, that there fight is about the power sharing not about people’s interest.

In case of outside intervention , Iran won’t be an Island of peace.

Baran Beritan extend his view on foreign intervention and said this policy is being active since 1990 under name of Project of “Big and new Middle East”. We have an example of Afghanistan, Syria, Arab country’s and North Africa . With no doubt Iran is part of this and that’s why they want to do there prevention out side of there border, although foreign minister of US talked about democratic changes in Iran but it’s only a verbal say and in practice it will be different, khameneie once said if they did not do intervene in qafqazia, Balkan, Afghanistan, Iraq and Syria , today they would have the war on there door front, meaning in side of Iran. Government of Iran can not think anymore that they are an island of peace unless immediately solve the problem of the nations who lives in Iran.

Kurdish Nation have there right to choose there destiny by Dem selfBut there is not accomplished time for referendum.

On the answering of referendum in south of Kurdistan despite that European and US government are not supportive but Masoud Barzani announced the time of referendum, Baran Beritan saying, any nation have the right to chose there destiny including Kurds and this not only right but it’s a International law. South Kurdistan can be independent but on the right path way of making it which is making Kurdistan congressional institution which all parties and ethnicities can be involved, before such a important work we have to analyze our economic, political, social and military ground if they are ready or not? I think today we don’t have such a ground for this huge decisions, some of our party are not even attend the conference for united Kurdistan project and they are bluffing about Referendum!

Kurd in Iran are the main power of changing toward democratic solution, whit out Kurds , Iranian government could do nothing in this matters.

In answering about Killing So called “Border worker” in East Kurdistan and burning forests in the region by Military of Iran ( sepah pasdaran) Baran Beritan telling the third liner TV show that officials in Iran specially president continuously saying that they want to give the Kurdish people there rights and freedom but in the reality they did economic sanction and put more pressure on them and militarizing East Kurdistan which they actually have long history of doing this, everyone should know that without Kurds they will not succeed, they can look at Astaneh conference, Geneva meeting. I am saying any political solution with out Kurds is not going to be successful. Iranian government would do there project of oppression in Kurdistan first and if it works good to make people goes to under poverty and silent then they extended across Iran, we call them not to continue that and look for real solutions and not miscalculate.

If Islamic Government of Iran want a Kurdish support, they must find a democratic solution for Kurdish questions.

At the end of interview, Baran Beritan reminded us about Qandil mountain defensive battle in summer of 2011 that Iranian Regime wants outline the Kurds in there democratic approaches. He continued that : we teach them a big lesson not to miscalculate Kurdish defense forces.
He says : At the 96 anniversary of Luzane treaty’s which was about giving no rights to Kurds, we can see there is no borders among us in reality, nations state become more and more powerless, day by day political changes happening and they can not govern over Kurds like before and they can not overlooking Kurds in the International projects, Iranian government also knows all of that and therefore should not treat Kurds with military intervention or economic sanction and political oppression.If Islamic Government of Iran want a Kurdish support, they must find a democratic solution for Kurdish questions.