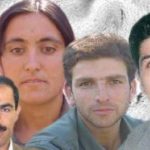 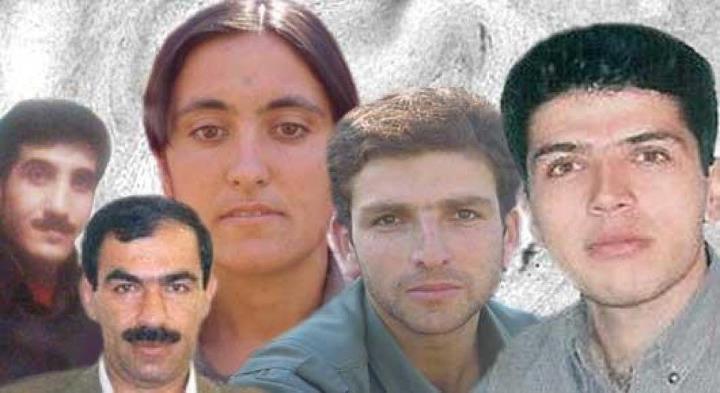 In the ‘week of struggle and freedom’

In the ‘week of struggle and freedom’, in solidarity with the martyrs of 9th May, let’s move towards freedom and triumphant

An year ago on 9th May and as a result of a savage act of Iranian regime, four Kurdish campaigners Ferzad Kemangir, Ali Heyderyan, Shirin Alemhoii, and Ferhad Wekili along with a Persian campaigner Mehdi Islamyan were executed in Awin House of Detention in Tehran. Firstly we honour and do recall the heroic martyrdom of these comrades, and bow the head of our reverence and indebtedness to them as well as to all the martyrs who sacrificed their lives in the path of freedom for the Kurdish people.

The execution of these comrades was the consequences of a bargain and a conspiracy directed by Iran and Turkey aimed at the liquidation of Kurdish people and the annihilation of Kurdish resistance movement in all parts of Kurdistan particularly in the eastern part. To reach political balance among themselves and to preserve their own interests, the occupying powers of Kurdistan and the dictatorial regime controlling this country, have scapegoated the Kurds for many years.
The Kurdish nation in all parts of Kurdistan has struggled for many years to achieve its legitimate and democratic rights, along with the consolidation of democracy, justice and freedom. It had pioneered the struggle in the entire Middle East, has offered great sacrifices and achieved new accomplishments for the Middle Eastern nations. Owing to this fact, the Kurds have been subjected to massive oppression and eradicative policies by the occupiers. The occupying powers of Kurdistan are well aware of the fact that the enhancement of the struggle in Kurdistan and the freedom of Kurdish people is inspiration for the struggles of other Middle Easter nations, and the Kurdish triumphant is tantamount to stabilisation of the entire region. This is why they are in a solid cooperation with one another and with the implementation of manifold conspiracies against the Kurds; they seek to break the will-power and determination of people for struggle.

In the last decade the Kurdish people in East Kurdistan, equipped with new model and method of struggle, initiated an all-inclusive campaign. Once again it has taken pioneering role in the struggle for democracy and freedom in Iran and turned a new page in the history of this country. The Iranian regime by no means is prepared to admit the Kurdish identity and will-power in the East Kurdistan. In the last two year the regime has been encountered with a wide trend of discontent and protestation. To quell such restlessness, and particularly to liquidate the Kurdish liberation struggle, it has responded to the democratic and legitimate demands of Kurdish nation by oppression, violence and inhuman acts. The militaristic oligarchy situated inside the Iranian state seeks to consolidate the dictatorial and Unitarian government. Not only inside Iran, but also outside the Iranian borders and in collaboration with the other occupiers and the dictatorial powers of the region, they have endeavoured to liquidate the discontent people and make serious obstacles to the region’s trend of democratisation.

Without a doubt, execution of the Kurdish and Iranian campaigners is implemented within the framework of such policies and schemes, which have constantly been in place in this country. Despite the enhancement of the struggle of the Middle Eastern nations and the successive demolition of the dictatorial regimes of this region, the Iranian state is persistent on its oppression and violent clampdown of the dissenters and has not taken any positive step to solve the problems. Contrarily, the suppression, execution, killing, torture, arrest and threatening of the people have been carried out more than ever. In resistance to such acts, particularly to the execution of our comrades, the Kurdish people in all parts of Kurdistan and even some Middle Eastern people had initiated a massive protestation and widely denounced such deeds.

The historic struggle and resistance of our comrades Ferzad, Shirin, Ali, Ferhad, and Husen in the Iranian prisons, their high spirit of altruism and their extraordinary determination has become a symbol of struggle for freedom; it gave a new impetus to the Kurdish nation and rendered the Iranian vice policies ineffective. Despite all these, however, the Iranian regime is still persistent on its policy of oppression and execution, and thus there is a great risk for the life of political prisoners. Therefore, our nation in the East Kurdistan and the Iranian several nations should sense such a risk. They should avail of the current opportunities to stabilise and democratise the region and take significant steps in this direction.

Standing behind the martyrs of 9th May, will come about only with the realisation of such steps, hence we call upon our nation in East Kurdistan as well as all the Iranians to make manifest of their solidarity and stand firm behind their martyrs in the ‘week of struggle and freedom’, organise various campaigns particularly general strike on 9th May. By perpetuation of the heroic model of Ferzad, Shirin, Ali, Ferhad and Husen, put a stop on the further execution of campaigners/activists and manifest their readiness for a massive upraising and a significant step forward. The pioneering role of this historic moment shall be placed upon the shoulders of women and youths. They should render lanes and streets the places of their activities and express their dissension in the form of popular uprising against the Iranian regime.
Revolutionary Greetings