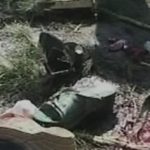 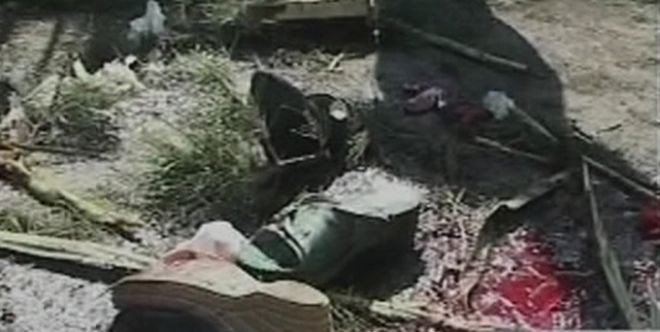 Iran is behind the explosion in Mehabad

Iranian theoretic regime has applied all possible methods in its battle against the Kurdish resistance movement in the Eastern Kurdistan. But none of such inhuman and vicious methods has demonstrated the potential to deter the Kurdish people from pursuing their goals. It seems that another brutal method of the Iranian regime has come to the fore. On Wednesday 22 September a bomb was detonated in the city of Mahabad while a military parade was on the way. The explosion resulted in the death of a number of innocent people and was condemned by the Kurdish political parties in the East of Kurdistan. Only few hours after the incident the Iranian officials claimed that they have founded and arrested the perpetrators. Few days later they released another statement in contradiction with the former claiming they have killed the attackers while they were trying to escape. As usual, the Iranian regime put the blame on the outsiders who seek to topple the Islamic Revolution or what they call “anti-revolutionaries”.

What strikes me here is the discrepancies between the two statements released in only four days. In the first account they claimed that the perpetrators have been arrested few hours after the explosion but few days later they withdrew and claimed they have run them down and killed them. What the Iranian officials were planning to do with the perpetrators they claimed they had arrested is not clear. But one possible scenario is that they had probably tried to bring their own agents on a TV show acting as the perpetrators, claiming they were foreign agents or a member of Kurdish political party. This is a scenario that the Iranian regime has done in many occasions. The strong condemnation of the explosion by the Kurdish political parties as well as some foreign country including the US crossed off this possibility. Thus, in the second statement released on Sunday 26th, few days after the incident, Muhammad Pakpour, a general of the Iranian Revolutionary Corps stated that they had run down the terrorists and managed to destroy them. If the perpetrators were the Israeli, American or Baath agents as the Iranian authorities claimed, why they didn’t expose their identity for the people? All these too well explain that the explosion was plotted by the Iranian regime!

The subject of my enquiry is the objectives of the Iranian regime by such an act of terror? Another question which springs to my mind is the place of the explosion; why did they choose the city of Mahabad, the stronghold to the Kurdish nationalism? Mahabad was the capital of Kurdistan Republic in 1946 and has played a significant role in the history of Kurdish resistance ever since. The city of such character would obviously attract the attention of the Islamic Republic. The Iranian regime however has a number of goals in resorting to bomb explosion targeting civilians. Firstly, they have still not forgotten the bitter memory of the Kurdish glorious general strike on May 13 to protest against the execution five Kurdish political activists. The explosions carried out in the city of Mahabad can be seen as an act of revenge from the innocent people and it aimed at undermining the unity of Kurdish society.

Secondly, they want to further militarise Kurdistan and carry out further execution in the region. They have long identified Kurdistan as security zone to legitimise their lethal war against the Kurdish people. What we can expect in the coming weeks would be a range of arbitrary arrests and further execution of civil and political activists along with dispatching of more troops to the already militarised zone of Kurdistan.

Thirdly, the Iranian despotic regime seeks to detach the Kurdish population from the Kurdish resistance movement who fights for their rights. In the hope of achieving this dream, what they do is to carry out terrorist activities and then put the blame on the Kurdish resistance movement. The people who were targeted by the lethal bomb were Mostly Kurds from Mangur tribe, who were well known among the Kurdish people for their involvement with the Iranian regime. But recently the Kurdish nation and the resistance movement re-embraced them since they laid down the regimes weapons and ended their cooperation with the regime. However, regime aimed by its horrific act to compel them to stay with the regime otherwise they would not be protected or they will be targeted by the Kurdish opposition groups.
But it should be remembered that the Kurdish political parties have resisting to this regime from the outset of the Islamic Revolution in 1979, and they have never engaged in targeting civilians. As a matter of fact the Kurdish opposition groups ruled all over Kurdistan during the revolution of 1979, but they deserted the Kurdish cities while the Iranian Revolutionary Guards progressed into the cities. History can witness that they did so to avoid the civilian casualties..!! The Kurdish groups who paid the heavy price in the aftermath of Islamic Revolution in order to save the civilian, how on earth they could come to the conclusion of exploding a bomb in the city of Mahabad, the stronghold to Kurdish resistance movement. Mahabad is the heart of Eastern Kurdistan and if the Iranian regime assumes they can capture the city by such act of terror, they are dangerously miscalculated.

Fourthly, the Iranian regime seeks to attract the attention of hard liner politicians in Turkey who don’t want to solve the Kurdish issue. The explosion was another signal to Turkish hardliner conveying the Iranian message of unwillingness to solve the Kurdish issue. This is not the first time that Iran is sending message to the Turkish government depicting its military approach to the Kurdish issue. In 9th May Iranian regime executed five Kurdish activists in order to bring Turkey into an anti-Kurdish coalition. Nonetheless the execution of the Kurdish prisoners proved counterproductive for the Iranian regime and as they later admitted it was a huge defeat for them. In this occasion too, they had planted the bomb for the aims of above mentioned, but it would be another backlash for them and the Kurdish people once more will be further united behind their resistance movement.