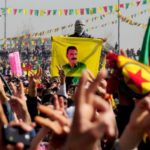 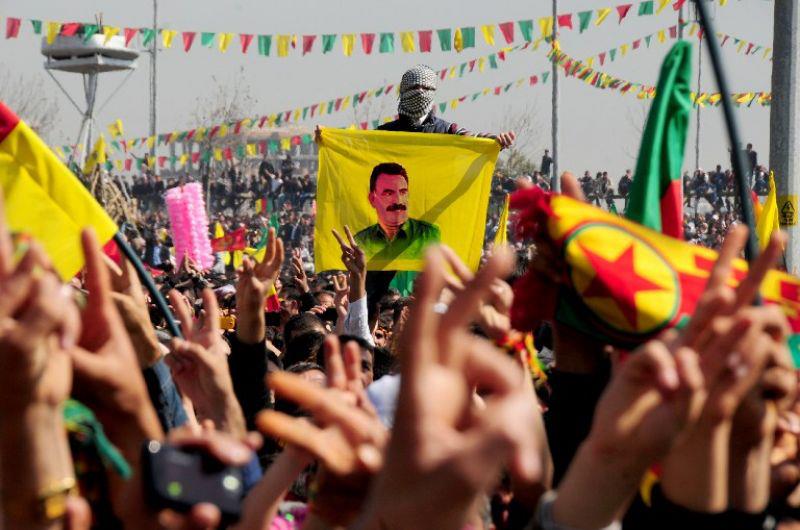 I SALUTE THE FREEDOM NEWROZ OF THE OPPRESSED

I salute the people of the Middle East and Central Asia celebrating this awakening, revival and resurgence day of Newroz with extraordinary participation and unity…

I salute all the peoples celebrating Newroz, which is the daylight and turning point of a new era, with great enthusiasm and democratic tolerance…

I salute all the travellers on this grand path toward democratic rights, freedom and equality…

I salute you, the Kurdish people, living at the Zagros and Taurus mountain skirts and in the valleys of the Euphrates and Tigris rivers. I salute the Kurdish people, an ancient people, dwellers in the sacred lands of Mesopotamia and Anatolia, mother to all agricultural, village and urban civilizations….

Kurds have taken part in this several-thousand-year-old civilization in friendship and accord with diverse races, religions, creeds – we have all built it together. For Kurds the Euphrates and Tigris are the siblings of Sakarya and Maritsa. Ararat and Judi are the friends of Kaçkars and Erciyes. Halay1 and Delilo2, are in the family of Horon3 and Zeybek4.

These grand civilizations, these coexisting communities have more recently been pitted against each other by political pressure, external interventions and group interests. The result has been the construction of systems that are not based upon rights, law, equality and freedom.

For the last two hundred years military conquests, western imperialist interventions, as well as repression and policies of denial have tried to submerge the Arabian, Turkic, Persian and Kurdish communities to the rule of nation states, its imaginary borders and artificial problems.

The era of exploitative regimes, repression and denial is over. The peoples of the Middle East and those of Central Asia are awakening. They are returning to their roots. They demand a halt to the blinding and seditious wars and conflicts against one another.

Those thousands, millions of people who are pouring into these arenas are burning with the passion of Newroz. They cry for peace and amity, and they are demanding a solution.

This struggle, which began as my own individual rebellion against the despair, ignorance and slavery into which I was born, has sought to create a new consciousness, a new understanding and a new spirit. Today I see that our efforts have reached a new level.

Our fight has not been and can never be against any specific race, religion, sect, or group. Our fight has been against repression, ignorance and injustice, against enforced underdevelopment as well as against all forms of oppression.

Today we are awakening to a new Turkey and a new Middle East.

The youth who have welcomed my call, the eminent women who heeded my call, friends who have accepted my discourse and all people who can hear my voice:

Today a new era is beginning.

The period of armed struggle is ending, and the door is opening to democratic politics.
We are beginning a process focused on political, social and economic aspects; an understanding based on democratic rights, freedoms, and equality is growing.

We have sacrificed much of our lives for the Kurdish people, we paid a high price. None of these sacrifices, none of our struggles, were in vain. For as a consequence of them, the Kurdish people have attained once again their identity and their roots.

We have now reached the point of “silence the weapons and let the ideas and politics speak”. The modernist paradigm that has disregarded, excluded and denied us has been razed to the ground. Regardless of whether it be Turkish, Kurdish, Laz or Circassian – the blood spilled is flowing from a human being and from the bosom of this land.

Witnessed by the millions of people who heed my call, I say a new era is beginning; an era where politics gain prominence over weapons. We have now arrived at the stage of withdrawing our armed forces outside the borders.

I believe that all those who have believed in this cause and me are sensitive to the possible dangers of the process.

This is not an end, but a new beginning. This is not abandoning the struggle – we are initiating a different struggle.

The creation of geographies based on ethnicity and a single nation is an inhuman fabrication of modernity that denies our roots and our origins.

A great responsibility falls on all of us to create an equal, free and democratic country of all peoples and cultures, befitting the history of Kurdistan and Anatolia. On this occasion of Newroz, I call on the Armenians, Turkomans, Assyrians, Arabs and all other peoples just as much as on the Kurds to behold the flame of freedom and equality – the fire that is lit here today – and embrace it as their own.

The Turkish people who live in what is called Turkey today – the ancient Anatolia – should recognise that their common life with the Kurds, under the flag of Islam, rests on the principles of amity and solidarity. The rules of amity has and should have no room for conquest, denial, rejection, forced assimilation, or annihilation.

The last century’s repressive, annihilationist, and assimilationist policies, based on capitalist modernity, represent the efforts of a ruling elite to deny a long history of amity. They do not represent the will of the people. It is now very clear that this grip of tyranny contradicts both history and rules of amity. In order to be able to leave that lamentable past behind, I call on the two strategic powers of the Middle East to build a democratic modernity befitting our culture and civilization.

The time has come for dispute, conflict, and enmity to yield to alliance, unity, blessings, and a mutual embrace.

The Turks and Kurds who fell as martyrs together at Çanakkale also went through the War of Independence together, and together they opened the 1920 assembly.

Our common past is a reality that requires us to create a common future. Today the spirit that established the Turkish Grand Assembly leads the way to the new era.

I call on all oppressed peoples; on women, who are the most long-standing colonized and subjugated class; on all marginalized and excluded creeds, cults, and cultures; on the working class and all subordinated classes; on everyone who has been excluded from the system to take their rightful position in Democratic Modernity and to attain its mentality.

The Middle East and Central Asia are searching for a contemporary modernity and a democratic order that befits their own history. A new model in which all can coexist peacefully and amicably has become an objective need like the need for bread and water. Inevitably, again, the geography and culture of Anatolia and Mesopotamia are guiding it to build such a model.

We are experiencing a more current, more complicated, and more profound version of the War of Independence that developed in the framework of the [1920] National Pact.

Despite all the mistakes, setbacks, and failures of the past ninety years, we are once again trying to build a model with all the peoples, classes, and cultures who have been victims and have suffered through terrible disasters. I call on all of you to step forward and help achieve an egalitarian, free, and democratic social organization.

I call on the Kurds, Turkoman, Assyrians and Arabs who were separated despite the National Pact and today have been condemned to live under grave problems and in conflict with one another within the Syrian and Iraqi Arab Republic to begin discussions, and re-asses as well as to take decisions on their present reality in a “National Solidarity and Peace Conference”.

The breadth and comprehensiveness of the “WE” concept has an important place within the history of this land. But in the hands of the narrow and ruling elitists, “WE” has been reduced to “ONE.” It is time to give the “WE” concept its old spirit and to implement it.

Those who cannot understand the spirit of the age will end up in the dustbin of history. Those who resist the current will fall into the abyss.

This Newroz is a beacon to us all.

The truths in the messages of Moses, Jesus and Mohammed are being implemented in our lives today with new tidings. People are trying to regain what they have lost.

We do not deny the values of the contemporary civilisation of the West in whole. We indeed take the values of enlightenment, equality, freedom and democracy, and in order to implement them we synthesise them with our own existential values and lifeways.

The basis of the new struggle is thoughts, ideology and democratic politics, and to be able to start a great democratic leap forward.

Greetings to all those who have contributed to this process and strengthened it, and to all to those who have supported the peaceful democratic solution!

I salute all those who take responsibility for the amicable, equal and democratic freedom of peoples!