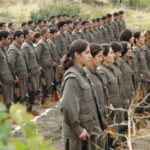 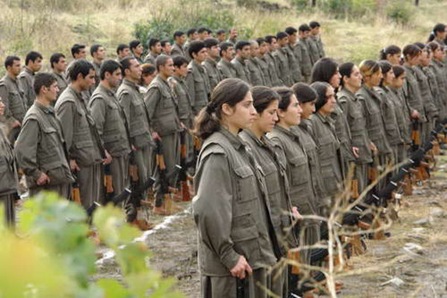 The Free Life Party of Kurdistan (PJAK) came to existence as the result of historic demands of the Kurdish nation in East of Kurdistan. PJAK owes its legitimacy to the demands and aspirations of the Kurdish people expressed following the abduction of the Kurdish National Leader Mr Abdulla Ocalan, known as Leader Apo among Kurds, in 1999. From the outset in 2004, PJAK has sought to find a peaceful and political solution to the Kurdish issue in this part of Kurdistan. To show its abhorrence for violence and hostility, PJAK has periodically called on the Iranian government to stop its military operations in Kurdistan and lay the basis for negotiation for a peaceful settlement to the Kurdish issue. Nonetheless the Iranian regime has failed to appreciate PJAK’ call to solve the Kurdish question and responded to the Kurds militarily.
Not only Iran, but all the occupying powers of Kurdistan have applied violent methods in dealing with the Kurdish issue and suppressed the Kurds with the utmost brutalities. Nonetheless they have failed to achieve their dream which is the eradication of the Kurdish nation.

The application of violence and its failure would indicate two important points that should be considered. Firstly, it indicate that the occupiers do not have any intention to solve the Kurdish issue, as they pretend, and secondly; it indicates that the military option to deal with the Kurds will not work; this method has been applied and failed over the course of history.

This is an important issue that the occupying powers of Kurdistan come to realise.

PJAK however has realised that the Kurdish issue can be dealt and solved in a political and peaceful way. Therefore PJAK has showed its intention for a peaceful and political solution in many occasions. PJAK declared a unilateral ceasefire last year and adhered to it throughout the year, although the Iranian militaries didn’t adhere to it. In the run up to the rigged election of 2009 in which Ahmedinejad usurped the power, PJAK released a declaration outlying 14 conditions to support a presidential candidate and to solve the Kurdish issue peacefully.

PJAK held its first conference in April 2010 and once more declared its readiness for a peaceful solution to the Kurdish issue. Nonetheless the Iranian government took PJAK’s call for a political solution as the sign of weakness of the organisation and executed 4 prisoners of PJAK on 9th May. Once again, in 19th October, PJAK announced another declaration showing its willingness for a dialogue and peaceful method to solve the Kurdish issue.

Iranian government should take advantage of this golden opportunity and show that it’s ready to solve the Kurdish issue within its borders. Since the beginning of the Islamic Revolution in Iran in 1979, up till now the Iranian regime has been oppressing the Kurds but the Kurds never gave up from pursuing their dreams for achievement of a free life. At the beginning of the Islamic Revolution in 1979, the only nation in Iran who realised the truth face of the Islamic Regime and confronted its militaristic strategies was the Kurds. Other Iranian nations including Azeri, Baluch and Arabs didn’t realise the truth face of the regime and they were not even organised to encounter the government. Therefore the Kurds were the only nation who confronted the Islamic Regime; but the Kurds were not eradicated and now, they are more powerful than ever.

Furthermore the Iranian various nations have organised themselves and demand their rights; all the Iranian nations are now outraged and united together, the government should realise this and concede to our people’s demand for democracy and freedom before it’s too late.

Iran has spent millions of dollars for the deployment of its troops in Kurdistan fighting against the Kurdish people but all this money could have been spent on other projects rather than war. The Iranian people do not want war and hostility, they want democracy and freedom. They don’t concede to anything less than their legitimate rights.

The Kurds do not want war and hostility either, because war is not in the interest of the Iranian people but in the interest of certain groups. PJAK is not an organisation of certain groups but a mass movement, representing the Kurdish people in East of Kurdistan; on this account PJAK denounce violence and embraces dialogue and diplomatic methods, since it’s in the interest of Kurdish and Iranian people. PJAK has shown its willingness for a peaceful solution and this is the fourth time that PJAK has officially declared that it’s ready for a political settlement.

What is interesting about PJAK is the fact that it doesn’t emulate the Iranian regime in its method to deal with the Kurds. The Islamic Republic of Iran has only one method in dealing with the Kurds, which is violence. But PJAK does not use the same method against the Iranian state and doesn’t respond violently. PJAK has its own method and follows its own strategy which is based on cultural, social, organisational and political works. PJAK however confer upon itself the legitimise right of self-defence as outlined in the Article 51 United Nations to defend itself once attacked by the Iranian Revolutionary Guards.
In the declaration released on 19th, PJAK has put forward 7 realistic points that is the minimum of what is expected from a modern state: Recognition of Kurdish issue in Iran, preparation for negotiation for political solution, cessation of violence, the right of free speech and assembly, education in mother tongue, freedom of political prisoners. This is what PJAK is demanding from the Iranian government. But what is important to notice is that PJAK has stated in the declaration that PJAK is a powerful organisation and its call for peace and dialogue should not be misinterpreted by the Iranian authorities.

Having looked at the history of PJAK and the Kurdish people in general would make crystal clear that PJAK and the Kurds have seen the worst case scenarios yet never retreated from their demands. Therefore the Iranian government should not see PJAK’s willingness for a peaceful solution and its declaration for negotiation as the sign of weaknesses and fail to appreciate this opportunity. If the government do respond militarily as it has done in the past, it would be their historic mistake. PJAK is powerful mass movement and always in a good shape to defend the Kurds against any kind of aggression. PJAK however, has not shown its whole power, since PJAK only resort to violence in the case of self-defence.

Therefore if the Iranian government respond to the Kurds militarily, this would be PJAK’s legitimate right to defend the Kurds and the movement. Nonetheless PJAK has no tendency toward violent method and its campaigns are focused the on cultural, social, organisational and political arena. The fourth declaration of PJAK for a peaceful settlement is the clearest evidence that Kurds are not a war-like people, but they do want their rights in a peaceful and democratic way.