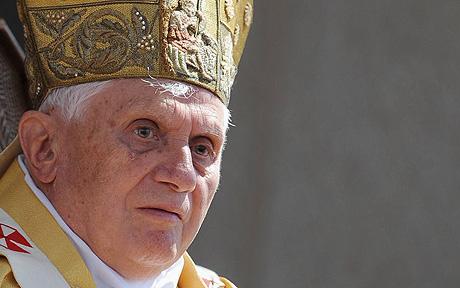 This is Christmas time and the majority of people in the world do celebrate such a holy fest. Families have gathered to honour Christmas, to share joys and to exchange gift and greetings. Parents are happy to see their children around and the families do celebrate and enjoy the moments of togetherness. But in such a holy day and honourable time the execution of a Kurdish student is decreed by the Islamic Republic of Iran. The Kurdish parents receive the execution news of their children as the Christmas gift and the Kurdish people are given a message that contains denial of their identity as a distinct being.

Dear Benedict XVI, the execution of a Habibollah Latifi a Kurdish student and a political activist, is scheduled for Sunday 26, the holy Boxing Day, as his lawyer told the International Campaign for Human Rights in Iran. His execution in such a holly time when people prepare to celebrate the New Year will bring sorrow and agony to the entire nation. Mr. Latifi is going to be executed while he suffers from serious illnesses such as intestinal infection, heart problems, and kidney failure caused as a result of intensive torture he was subjected to while being held in detention.

Habibollah Latifi was arrested on 23 October 2007, and transferred to Sanandaj Prison in Iran. In summer 2008, during a trial that lasted only for a few minutes and took place without him attending the hearing, he was found guilty of acting against national security and the regime. He was given death sentence on charge of “Mohareb”, or the enemy of God. Without a shadow of a doubt, Mr. Latifi is not the “enemy of God” but he is an opponent of the policies and the cruelties of the Islamic Republic. What it connotes is the fact that the Iranian Regime does regard itself as the “God” on the earth and whoever opposes to its rules, s/he is charged with animosity with God.

Dear Benedict XVI, the execution of Mr. Latifi on the Boxing Day, under the charge of “enemy of God” will be not only in clear violation of human rights standards but it will also stand in a clear violation of moral patterns endorsed by any religious authorities. His execution will serve as a pushing tool towards further and large scale political executions of the Kurdish people. Latifi is scheduled for Sunday but thousands of other political prisoners who stood up against the authoritarian rules of the Islamic Republic are currently waiting on the death row and might be the next.

Dear Benedict XVI, we would like to urge you to take a step in preventing his due execution on Sunday. Watching the atrocities of the Iranian regime on the Christmas Eve and execution of Mr. Latifi in this day might be seen as a sign of disrespect for this holy time and you as the highest level of religious authority should not stay silence in the face of such an inhuman act. In the name of Mr. Latifi and his family we urge you to break the silence and take appropriate action to stop his execution. Mr Latifi and all the political prisoners in the Iranian detention should be freed or at least be given opportunity to have a fair trial presided by independent judges.
Your Sincerely