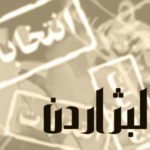 As we know Iran is about to take its Eleventh presidential election. Due to regional and international political changes as well as internal crisis in Iran, this election undoubtedly is of great value. The result of this election will somehow clarify the nation’s policy and position toward internal and external crisis, and also it will directly affect the future destiny of the regime. If future regime persists to continue its past policies and avoid resolving accumulated issues, consequently the entire nation will suffer and undergo an unknown destiny. Even though the determining factor would be the actions of the government toward issues, however specifying presidential candidates’ plan and projects would be the first step toward the goal. On this basis it’s vitally important to declare the candidates’ plan and projects on how they would converse with current crisis, lack of democracy, and finding solutions for ethnic problem as well as their rights. Particularly as we (PJAK) have mentioned in our earlier statement, government’s position toward resolving Kurdish problem determines the Kurdish people’s position toward the following election. Undoubtedly defining and limiting Kurdish problem to only “economic issues” by insisting on assimilation policy and attempting to genocide Kurdish identity, and culture is not acceptable at all. Therefore a realistic definition of Kurdish problem and determining solution tactics by candidates is of great importance.

At this critical moment that Iran and its people experience, it is necessary to scientifically and responsibly analyze and study the events. As we have stated earlier, such events will directly affect the Kurdish people, whether positively or negatively. On this basis, we as PJAK believe that communication among different political and civic parties in eastern Kurdistan is necessary. Hence, by our name PJAK, we call and invite all parties of eastern Kurdistan for discussing the current stage, especially election and its future and finally take a common position toward the upcoming election. By taking this step a solid foundation will be built for fortifying the relationships among eastern Kurdistan parties and results in solidarity among Kurdish people.