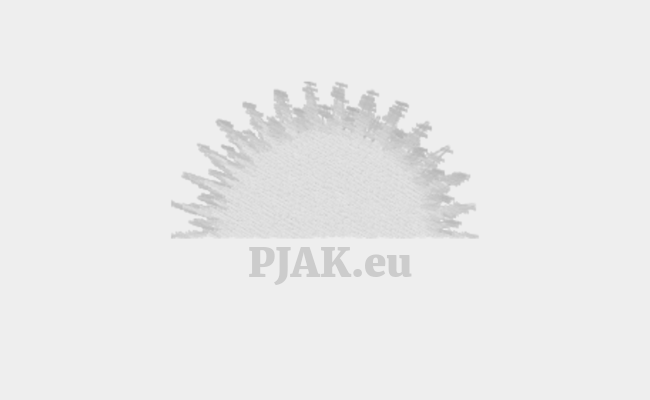 What we are witnessing today in the Middle-East is the result of a power struggle between the major powers of the world arena over the last few hundred years. There are two main symptoms that define the issue:

These communities of the indigenous have been facing evermore difficult conditions to preserve their existence after the Gulf War. The problem has been aggravated by the on-going international economic crisis, corruption in the climate of recession as well as the growth of fundamentalism. This is in conjunction with the growing nature of sectarianism and the resulting terrorism.

The situation is further exacerbated by the fact that this power struggle is waged by two opposing forces which, although different, nevertheless share remarkable similarities in their plans, aims and ideals. The main difference is the manner with which they are active in the region and the manner with which they obtain resources. From one side we can see the increasing pressure of neoliberal global powers pushing towards globalization. These powers, even whilst competing with each other, are interested in maintaining control over the Middle East and to exploit the natural resources of the region. On the other side we can see an aggressive policy of military and political expansionism from local powers acting as proxy for international powers. These local actors are concerned with maintaining the status quo and preserving their status as proxies of international powers.

The multiple wars in the region since the 80s has proven the ineffectiveness of the purely military approach of the local governments for reaching their goals. In this context, Iran has a more complex situation in comparison to other countries in the region. It is allegedly against imperialism and neoliberalism and yet it follows a clear imperialist and neoliberal policy in internal politics.

Iran, with all its conflicts, contradictions and oppositions is currently in the heart of this conflict between the two major forces influencing the region. Iran is also aware that it may face unprecedented actions from the opposing powers because of this chaotic and unpredictable era. Since the 1979 revolution, Iran has only used the communal power of the cultural and national communities of the Middle East to further its own foreign policy and influence. It has carried out these policies with no consideration for the consequences among-st these communities nor of the sectarian ill-will has it bred.

The lack of conversation between the government and the peoples of Iran has resulted in a patriarchal relationship whereby the government engages only in a monologue. As a result, the autonomy of the citizen is ignored. Every Iranian citizen must understand their identity and position within society. It is a necessity so as not to become an oppressed and exploited individual within the current framework. By having such awareness, the citizen is able to enhance not only their own existence, but through active participation in society, they are able to help shape society. As a result, the individual would then feel responsibility for the direction and growth of the nation, something which is clearly lacking in the Iranian citizen at present.

Since the agents of Iranian realpolitik have not created a space of trust and discussion between the different communities of the region, the governing body has gone astray from the goals and dreams of the Iranian people from the Revolution of 1979. There has been a need for the creation of such spaces of discussions so that the government can show that it is willing to create bilateral relationships with the communities within Iran. The most effective instrument that the government could have employed would have been the creation of a new lingual and cross-cultural communications framework that would have created a necessary forum. The forum would inform the government of the needs and necessities of these communities and therefore create the potential for a better relationship between the government and its citizens.

However, the actions of the Islamic Republic over the past four decades have been quite removed from this trajectory. The ineffectiveness of the Iranian government in regards to this should lead the government to the realization that greater political participation of the different communities is necessary.

Over the past few decades, revolutions and mass popular movements have emerged becoming centers of attention in the international political landscape. If disenfranchised minorities and ignored communities wish to preserve and develop their own existence, they need to seek new strategies that prioritize a democratic movement which incorporates the needs of communities. The enmity between the communities of the Middle East and the regional and global powers has put an extra burden on this third axis. The neoliberal global powers have recognized that these popular cultural awakenings which result from revolutions pose the biggest obstacles. It is for this reason that these global powers employ regime change and install proxies that work to their benefit.

The political and revolutionary movements present in Iran have, to date, only played a limiting role by helping to overthrow governments. They’ve lacked the ideological intent to develop truly democratic institutions that a revolutionary desire is born out of. This is because these movements have failed to pay sufficient attention to the lingual and historic experiences of the many different Iranian peoples. As such, instead of developing independent ideological perspectives that incorporates the unique Iranian context, these movements borrow from other examples in the international landscape. Such ideals can never be completely successful because it is not a movement adapted to the social and cultural context in which the awakening occurs.

Unfortunately these unrealized movements have resulted in a political landscape of apathy and political inaction of the masses. The main result of such a situation is that it turns dissidents in society away from revolutionary goals. Thus, the apathetic citizen gives their unconditional acceptance in the power of the government in exchange for enjoying the right to live. In contrast, a revolution must awaken the individual to a state that is beyond a base existence of an automaton in a capitalist society. Thus, there is a need for politics that would enable people to become more sensual to their surroundings and therefore enable them to exist in a far richer existence.

Through the creation of a decision-making process which requires the participation of citizens on all levels, we’ll have democracy in its truest essence. Society, by separating power and politics, will turn politics into a public forum and thus remove power from the elite and return control of society back to its true owners: the people. This will in turn evolve the apathetic citizen into a conscious and active participant of politics and society. By doing so, it will enrich the evolution of society and by extension, the individual empowered by it.

With this political awakening, the gap between different groups of society will shrink and society would be better equipped to withstand neoliberal policies of governments. The government, while planning its strategic programs for the development of society, must also account for the freedom and initiative of society. As such, a governments role is to protect and enhance all citizens and communities of society. This is the only way a government can justify its existence and bridge the gap between the disenfranchised people and the elite in power.

If the government opens the channel for dialogue through preparing the space for participation of the people, approaches will come to exist that will bring accountability and bilateral responsibilities. The best method for passing the current critical situation is for the government to relinquish its hold on some of the essential necessities and rights of society. By removing itself from actively interfering in a society’s development, it will allow society the opportunity to choose its own rightful representatives. A society with a distinct political view has the ability to interact with the government on all levels through electing its own representatives to the government.

Instead of interacting with the government in a controlled and predetermined manner, society must expand its own space and life. Considering recent global developments and the current chaos in the region, society must be alert to the mobilization of forces whilst simultaneously withstanding the development of far-right populist factions within society. Through its new overlapping power within the political sphere, society will guarantee the evolution of the citizen from an apathetic individual to a conscious active participant. With this new awakened citizen, society will be able to thwart its government’s Neoliberal agenda as well as negating external forces that wish to capitalize on the chaos of the region.

For this reason, Kurdistan Free Life Party (PJAK), have taken a responsible and thoughtful approach in the current sensitive climate and are monitoring the situation with an independent, astute approach. PJAK will act towards the formation of a new front to surpass the dual dangers of conservatism and reform-ism. Concurrently, PJAK is neither waiting for an external force to interfere nor is it accepting of the current situation internally, especially since there is a new wave of de-politicization being forced upon the communities of Iran by the government. Any impulsive actions may deter the development of a democratic solution to the current crisis, paving the way for far-right populism and foreign intervention to fill the vacuum. We are against both of these phenomena. Of course, it should be stated that these developments are directly because of the Islamic Republic’s policies and ideology. In regards to these matters, we will declare to the public, the rightful and democratic wishes of, not only the Kurdish people, but also of all the other communities of Iran. We will in due course, declare our final resolution on the shape of these democratic developments and the type of participation necessary.