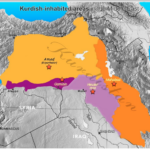 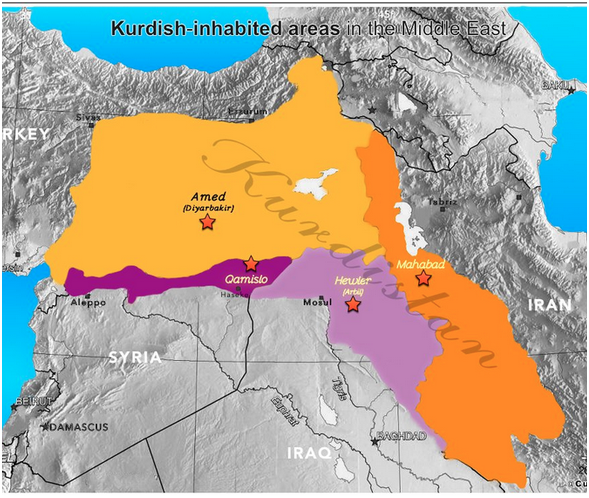 The general circumstances in Iran these days are such that beyond the crisis in any field, it has caused inclusive chaos. Any political, economic and social chaos will inevitably lead to the angry outburst of protests and great transform. However, the path of developments is constantly shaped by the provincial system in Iran and with the intervention of its numerous institutions, especially the army and the clergy, in the interests of the totalitarian and authoritarian power of the leadership of the system at the summit. In order to stay in power, they openly and covertly rely on full involvement to prevent widespread popular participation in decision-making and, certainly, elections. Their calculus is that with very little participation, people can engage more easily and broadly in electoral engineering, the inspection of political power affairs, and all institutions of power. Supposedly, the only guarantee of power and the attainability presidency by the extremist troops and clerics, this time, is the lack of widespread popular participation and therefore the mere presence of some of their own supporters in the lines of the electorate to portray it to the world, falsely.

Another issue is ignoring fundamental issues such as the Kurdish and other peoples of Iran and delegating it to the future in the current critical period. The complete deadlock and failure of the strategy of the reformist and moderate factions, which have been severely beaten and half-hearted by the regime, has paved the way for the extremist fundamentalists at a time when elections are imminent and compromise with the West is on the agenda. Accordingly, the weak opposition, with its dwarf stature, has prevented a systematic collective organisation in Tehran, and some women, intellectuals, writers, workers and employees have accomplished the struggles individually. The regime’s pressure and repression weapon also confront these scattered and disorganised groups, who are constantly isolated and facing imprisonment, with repeated imprisonments and temporary releases and the suppression of their rebellion. Certainly, all the protests that culminated in (22/12/2017- 20/01/2018) and (23/10/2019- 21/11/2019) continue today in the form of sporadic, but numerous protests by the victims, workers, women and retirees. There is no a day without several protest rallies in several Iranian cities and without chanting radical slogans against Rouhani’s government and Khamenei’s authoritarian power.

Although these protests do not affect the fundamentalists and the extremist system, it can be stated with certainty that they have raised hopes of an explosive uprising. Therefore, certainly, society is already struggling against the regime in various ways. Unemployment, poverty, suicide, moral and social crises and abnormalities that have not been seen before in different factions of society, indicate that the regime’s pressure on the people has become cancerous. The various peoples and strata are currently tolerating and protesting. However, on the other hand, the regime’s efforts to resolve crises can be seen if there is a specific strategy to reduce the pressures of hunger, unemployment and victims and beyond, to solve political problems on the table, but such a thing is also rejected and denied by the head of the system. Even in complete error, in its appeasement with the West, at the negotiating table, it compromises with the West on all issues of economic cancer, unemployment, hunger, suicide, victims, execution and oppression of the people. This heinous deal shows the true face of the provincial system towards the people.

The Joint Comprehensive Plan of Action (JCPOA), which is only a compromise, not a compact, is to cover up a period of temporary crises and chaos, and since it is not the root cause of Iran’s problems in the world arena; everything will certainly collapse apart again after a short period. The contract is a human rights deal. The contract is on the (food) table of the people, bread, freedom and dignity of the Iranian people. All the dignity and greatness of the people is placed for auction at the JCPOA, negotiating table. This circumstance means the transaction over the rights of peoples, apart from Iran throughout the Middle East, applies to all nations by global and regional superpowers. The aim of it is to harness the power rail. Since the sporadic war in the region, has been going on for decades. In addition, since the Syrian war, Iran has been openly involved in it, and certainly, all its aspects are strongly influencing Iran and its future. The confronting for power has plunged all forces involved in the current Middle East war in a severely contentious situation, which sometimes compromise and sometimes military targeting of each other and sometimes the formation of regional and global alliances against each other, all for the inability to get out of deadlocks.

All of these powers, both regionally or globally, use the Kurdish card ruthlessly in their dealings. The big contract is on the Kurds every year, but conversely, the Kurds are also in a strong struggling position. This struggle is born of immense regional and global oppression. Iran is a large part of the allies and the war against the Kurds. All four parts of Kurdistan are embroiled in an uncompleted war. War is the war of governments over power and has nothing to do with the rights of nations and freedom and democracy. It is entirely clear that Iran and Turkey, which consider themselves as the first two powers in the region, are at the forefront of killing the nations of the region.

Despite of, if hundreds of JCPOA would be signed, the circumstances in Iran will not change. All sides want a share in the pillage of the nations, and this is their fundamental problem. All these merciless confronts by the brutal authoritarian in the name of freedom and democracy. Accordingly, JCPOA and the claims of each side to fulfil the demands of the people are as false as unemployment, hunger, poverty of the majority of society and destructive pressures on the strata of Iran and East Kurdistan. For the rights of human right, freedom and democracy, the appropriate tools such as weapons and regional authoritarian have become a fundamental principle for them to deceive all, and to enslave all nations.

The tyrannical regime of Iran has arrested, tortured, executed, starved, prevalence intentional unemployment, and deliberately deprived the people of their natural rights on a daily basis in eastern Kurdistan and other parts of Iran, and relates it to divine and religious providence so that in complete suffocation, no opposition would be formed.

While the regime has no obvious strategy for resolving the Kurdish dispute and no the other peoples of Iran, it is no longer probable for a presidential candidate to dare to deviate a harsh guardianship by compiling a determinate agenda. Therefore, the treatment against the Kurd, Balooch, Arab, and… has not made the slightest difference from the previous decades, but the repressions have reached Unrestrained brutality. The widespread torture and arrests of Kurdish activists and brutal deal on individuals of our society have become a long-standing dictatorial habit in all military and intelligence institutions of the regime.

Consequently, the liberation movement, like the dissatisfied society in East Kurdistan, observing all these oppressive acts, considers that the only way is to struggle based on the unity of the movement and the people. The decades-long history of the Iranian provincial system has shown that detention, torture, execution and any repression in the prevailing militaristic conditions have not diminished the bit of courage and efforts of the Kurdish people to achieve freedom and democracy. Moreover, today, when the Kurds are rooted in the Middle East and the world as a third line, it is impossible to devastate it. Accordingly, the growing strength of the Kurds in organising against the increasing the oppression of the authoritarian states on Kurdistan has reached a larger and more widespread point of conflict.

Therefore, if Iran does not realise the depth of this serious concern, it is its strategic mistake. The world is aware of Iran’s oppression of the Kurds; therefore, any cover-up on the Kurdish dispute and repression will be useless. The fact that they have no schedule to solve the Kurdish problem means that they have chosen the solution of endless and unsuccessful war. Extremism in Iran could intensify this war, and a softer current could keep it in a status of unsolvable.

Therefore, the only decisive way is the struggle of the people of East Kurdistan on the condition of unity with other nations of Iran against the authoritarian regime. The unity for democracy is the greatest strategy of the nations of Iran, which is well demonstrated in the demands of all individuals and factions. From the Haft Tappeh workers to the Kurdish prisoners and political activists, the women and the victims, from the Kurdish nation to the Baluchis and Azeris, everyone certainly has common demands, which can connect them in an overall union. The same as it was connected with the Revolution of 1979. This united uprising was part of the culture of the Iranian people against the government and its powers and will continue currently.

The Kurdish liberation movement, led by PJAK and KODAR, has certainly constructed the path as to the best of its ability. We have intensified our efforts, made the unity of the peoples and set the key of struggle such as the allied nations.

This intimacy is the principle of victory in the close future, and we clearly observe this power and ability in our nation.