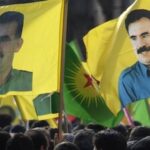 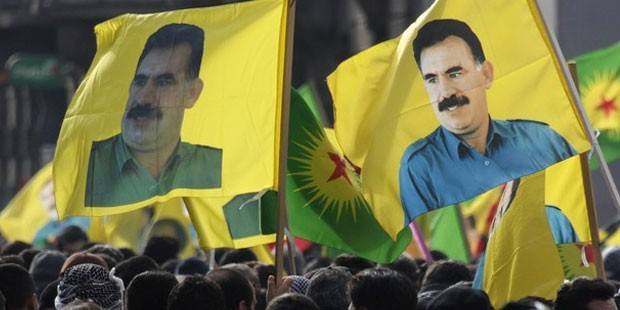 Every movement or party is generated from the needs and aims of a people and its sociological charasteristics. For minorities that live under the domination of harsh nation states which deny their identity, the rights to education of their own language and expression of cultural habits, revolt and reprisal becomes part of their identity. This pathway is a difficult one that has been tried out throughout history and the Kurdish people chose it despite all sacrifices because of the agonies caused by the states of Turkey, Iran, Iraq and Syria. If we look at the situation of the Kurdish people 50 years ago, the difference is enormous.  ‘Kurds’ and ‘Kurdistan’ were not only denied as being but also as terms were banned to be spoken about. In a time of revolution in different parts of the world and the movements of the 1960’s, the silence and fear since the fierce repressions in the beginning of the 18th century forward, began to break and the compassion towards the socialist ideology grew among the young and the elders. In this search of ethical, cultural and historical bounds, reprisals began and the Kurdish people was once again faced with the brutality of fascism. The state continously condemned these so called ‘seperatist uprisals’, refusing to realise that in reality these were not uprisals, they were a way of self defense against a horrifying systematic militarisation of Kurdistan and assimilation of Kurdish identity. Genocide, imprisonment, displacement and much more was repeated for years and became the reality of every Kurdish individual in 4 parts of Kurdistan.

After years of resistance in which the purpose from the beginning was freedom and equality, the aims were not changed but the search for democracy and a pluralist community was deepened and as a result the paradigme of the revolution became more apparent. The thesis which Abdullah Ocalan presented contented an alternative different from the classic ideologies. Many movements evolved for the purposes of peace and rights of peoples and individuals but few of them have brought success. Abdullah Ocalan re evaluated the meaning of ‘success’ and was never satisfied with the idea of forming another state in with which there would be other minorities and the same burocratic system would again bring with it a class society, and all these would be overthrowing your own revolution. Because of this, the research of a rightful system according to human life and the environment and what it needs to consist of, as something that has bothered humankind for years, is continued to this day. But as a process the Kurdish people would not be objected to a way of thinking on the contrary, they would participate to determine their own future. With a new way of thinking, hope, dedication and the most important, the belief of a revolution that knows no borders and believes in creating a new world upon historical values of human kind, has raised the awareness of the Kurdish people.

In situations of war and conflict the ones that are most implicated are women, children and youngsters. As much as being of young age represents a hidden potential, energy, ideas but if all these are canalized by a power that has its own agenda of interests it can have an unwanted effect on society as we today see in Africa where young people are used in different extremist movements. But if rightly canalized, the power of the young can make up a revolution because they are the ones who don’t agree and the ones who break up the norms that have been forced upon society for ages. As for the Kurdish movement, it began with the spirit of the young aged and until today, they make up the most active part of society in political and cultural struggle for justice and recognition. Another crucial factor of the Kurdish movement is the engagement of women in every way possible and not a temporary or sembolic involvement, but according to the reality of being woman and evaluating this being on historical, social, political and philosophical level, was a huge step in a region largely under the impact of religion and strict cultural norms. Women participated from the beginning at a political, social and military level and this meant breaking all the prejudices against womanhood which was strictly related to being a daughter, wife or mother which all presuppose that a woman must always stand not as an individual but as a dependent being. Destroying these habits, giving the leadership of society to females and entrusting them a revolution was something that Abdullah Ocalan willingly did and as he says ‘the 21th century will be the century of the freedom of women’, on a wider scale, means finally overthrowing the patriarchial system that has been ruling mankind for 5000 years and as for today, has turned into a global and hegemonical rule.

The concsiousness of the Kurdish people became widespread and with the imprisonment of Abdullah Ocalan in 1999, in Rojhilat and Iran the Kurds condemned the international powers behind this plot and expressed their commitment to the Kurdish issue. The APOIST  philosophy and thought had a great impact on Rojhilat as well and as a result, after 30 years of struggle in the different parts of Kurdistan, in the year of 2004 PJAK was created. The paradigm aiming for an ecological, democratic society and most of all a society free from sex discrimination and freedom of women, gave new hopes and belief to a people living under the totalitarian Islamic regime of Iran. Since the creation of PJAK 19 years ago, many individuals have been sentenced to hangings, imprisonment and faced different methods of punishment by the state. But despite everything they have continued the struggle for freedom and made these martyrs a reason for strengthening the unity of Kurdistan. PJAK was different from the past movements in Rojhilat and was not to be influenced by the regimes different political agendas to frighten anyone engaging in political or cultural activities and continued its path enlightening the Kurdish people and inclusively, other minorities in Iran that are against this inhuman regime. For this reason, PJAK became a movement representing a wider society and individuals from different beliefs and ethnical background joined the struggle. This once again showed us that unity and plurality is the only way to real democracy and leading a life of brotherhood and helping eachother rather than weakening one another on behalf of individual or partial interests which becomes an advantage for the regime to run its horse. As principle PJAK aims at solving the Kurdish issue through democratizing Iran and this is a strategic perspective. Not only the Kurdish people is suffering from the totalitarian regime, many other minorities, the working class, women and the young are all living under hard circumstances which neeed to be adressed together and a united struggle that forces the regime to recognise the rights of all peoples and individuals living in Iran to pursue a free, equal and democratic life. There is no such power as the power of the people, and this is something that history has proven.

The source of PJAKs’ influence in Rojhilat these past 20 years mainly comes from its kaders which with all of their heart, dedication to their homeland and give their day and nights to strengthen the cause. Under the leadership of young personalities as Ş Zîlan Pepule and Ş Dersîm, the peoples hopes is rooted in their rightful and respectful stance. In the prisons of Iran, Şîrîn, Ferzad, Ferhad and Hêmin became sembols of resistance and the hope for a different future for the coming generations. These may be sacrifices causing grief but they also showed that PJAK regardless of the circumstances will continue its struggle for freedom. But to achieve this change is essential. For years the Kurdish people had an utopia of forming their own nation state as a solution for all their problems. Abdullah Ocalan changed all of this and presented a new theoretical framework where he reassessed the nation state and precisely noted it as chauvinistic, homogenic and nationalistic. But given the history of humanity and the years struggle of socialist movements, the alternative needed to be different and one not targeting to become a state, nor rejecting and denying it rather pushing it to a point where weakening its power to be able to suppress and control our lives. Leaving 18 years behind us as PJAK, for the time before us there is no time to waste. The time for developing Democratic Confederalizm in Rojhilat and Iran including multilingual, multi-religious, multi-ethnic, multi-cultural and composed of groups and individuals with different interests, has come.