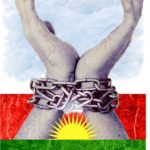 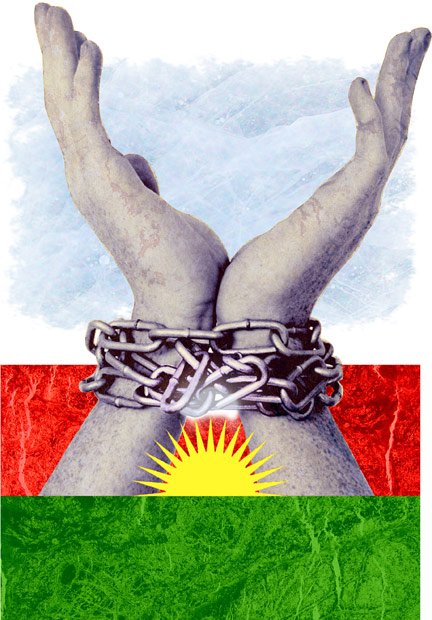 With the Middle East coming apart at the seams and no coherent policy or set of principles to guide policy, the Obama administration should support the people of Iran, the one country where the population remains resolutely pro-American and firmly opposed to the dictators who have been waging war on America for the past 31 years.

President Obama appeared to be contemplating such an approach in March when he delivered traditional greetings on the occasion of the Iranian New Year (Nowruz) and named Iranian dissidents.

While greater emphasis on the human rights abuses of the Iranian regime is a welcome shift, the president spent the first two years of his administration in a failed effort to make nice to Tehran’s terrorcrats, responding with stony silence in June 2009 when millions of Iranians took to the streets to protest the fraudulent “election” of Mahmoud Ahmadinejad and were calling out to the United States to give them the type of moral support the president offered on Nowruz.

If Mr. Obama really wants to assist the Iranian people in their struggle for freedom from a wretched regime, he could free the Iranian “hostages.”

Hostages? Yes, the United States is holding Iranians hostage. And it ought to be front-page news.

The hostages are Iranian Kurdish freedom fighters who were placed on the Treasury Department’s list of international terrorist organizations on Feb. 4, 2009, as part of Mr. Obama’s much-touted “outreach” to the Iranian regime.

On paper, the Treasury sanctions against the Free Life Party of Iranian Kurdistan (PJAK) merely prohibit PJAK from conducting business with any U.S. person. Because the group has no U.S. office, does not raise funds in the United States and does not lobby Congress, this might appear slightly less forceful than a slap on the wrist.

But in reality, the Treasury action has had a chilling effect on PJAK’s ability to interact with other Iranian opposition groups, which fear guilt by association. “Some groups won’t deal with us because of this,” a member of PJAK’s political leadership, Sherzad Kamangar, told me during a trip to the group’s base in northern Iraq in February.

Iranian opposition groups know that PJAK has played a significant role in the nonviolent protests that have rocked Iran since the June 2009 elections. Hundreds of PJAK members and sympathizers have been arrested. Scores have been executed, including Mr. Kamangar’s younger brother, Farzad, a secondary school teacher who was hanged last May along with four other Kurdish activists.

But PJAK’s efforts to help forge a united opposition front that would be able to challenge the Iranian regime all across the country, not just in Tehran, have come to a screeching halt because of the Treasury designation. “This decision has clearly benefited the Iranian regime,” another PJAK leader, Amir Karimi, told me.

On Jan. 26, the Treasury Department released a highly redacted memorandum in response to a Freedom of Information Act request from PJAK’s U.S. lawyer, Morton Sklar, showing that the sole basis for Treasury’s action against the group was an allegation that it is “controlled by the KGK” – another name for the Kurdistan Workers’ Party (PKK).

The PKK is a Turkish group that has used spectacular and bloody terror attacks to gain recognition of the rights of Turkish Kurds but that in recent years has advocated political dialogue with the Turkish government.

The only problem with this rationale is that there is no link between the two groups, other than the fact that both groups promote the rights of Kurds.

PJAK has its own elected Majles, or congress, which in turn elects the group’s officers. All of these leaders are Iranian. “We take no orders from the KGK. They are active in different parts of Kurdistan. There is no organizational relationship between us,” PJAK Secretary-General Rahman Haj Ahmadi told me in a recent interview in Europe. “Saying that PJAK takes orders from the PKK is like saying the United States is taking orders from France,” he added.

Simply put, there is no factual basis for the Obama administration’s decision to designate PJAK as a terrorist group. The only justification was a desire by the White House to placate the Tehran regime, which saw the group as a threat.

PJAK has become a real-life hostage to the Obama administration’s strategic effort to reach an accommodation with the Iranian regime. Now that this effort has failed, it’s time to set the hostages free. It’s time for Treasury to remove PJAK from its terrorism list.

Kenneth R. Timmerman is president of the Foundation for Democracy in Iran (iran.org). He also is the author of “Countdown to Crisis: The Coming Nuclear Showdown With Iran” (Crown Forum).