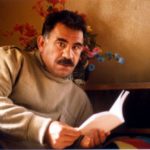 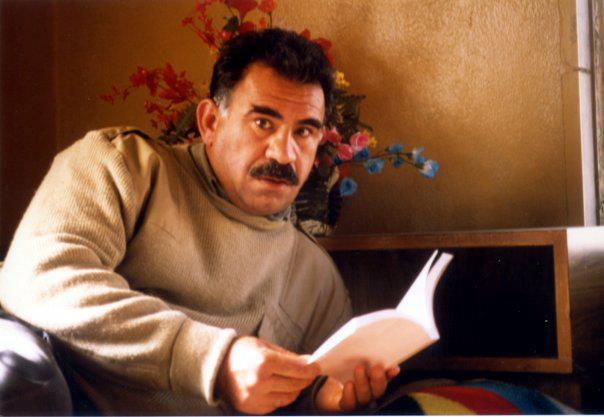 Who is Abdullah Ocalan?

Abdullah Ocalan was born to a poor family in 1949 in the village of Omerli, situated in the city of Urfa, which in turn in the Kurdistan region of Turkey. Once he finished his primary and secondary schooling he progressed onto working as a civil servant in the city of Diyarbekir. From there he moved he enrolled onto the Faculty of Political Science at the University of Ankara.

Affected by the Turkish government’s apparent denial and suppression of the Kurdish identity and cultural rights coupled with their poor living conditions, Ocalan decided to investigate the Kurdish question in 1971 after the Military Coup along with his friends.

In 1978 the Kurdistan Workers Party (PKK) is established with Abdullah Ocalan being at its forefront until our current day. Whilst focusing his workings primarily on the cultural and political rights of the Kurdish people, Ocalan develops new ideas and makes important findings of philosophy, religion, equality betweens sexes and environmental concerns in his various theses’. Ocalan has from the outset advocated for the peoples of the Middle East to live in alongside each other in peace and harmony. This fact is evidenced in both the German and English translations of his thesis.

Abdullah Ocalan is accepted by a wide ranging community and commentators as being the national leader and political representative of the Kurdish people. Hence, in a signature campaign conducted in 2005 we saw 3.5 million people signing their name as confirmation of this despite the immensely restrained circumstances in which the campaign was conducted and pressers from the authorities to curb the campaign.

Ocalan was kidnapped following an international conspiracy on the 15th of February 1999 in Kenya and has been held at the prison fortress on the Imrali Island just of the Marmara Sea as the sole inmate under internationally extreme conditions of solitary confinement.

Despite the inhuman conditions under which he being held at the Imrali prison, Ocalan is to this day using his energy to work for a peaceful resolution to the Kurdish question as far as his conditions permit.

SPOTS FROM THE HISTORY OF KURDISTAN

The Kurds are the largest and most ancient people deprived of their independent rights.

The four main regions in which Kurds are currently situated within the Middle East were arranged and determined through and by the parties’ signatory to the Lozan agreement after the First World War.

Kurds in general have resided on lands occupied by Turkey, Irak, Iran and Syria where they have been subjected to suppression, genocide and forced migration.

History has witnessed many uprisings by the Kurds; indeed in a period of 13 years between 1925 and 1938 a total of 16 separate Kurdish uprisings took their place in history within the boarders of Turkey alone.

Any attempts at a struggle for more rights and freedoms for the Kurdish people have been indicted as “separatists” and hence rigorously suppressed.

In the face of this scrupulous suppression by the Turkish government, the Kurdistan Workers Party (PKK) initiated its armed guerrilla war in 1984 to secure the Kurds their right to self determination.

This war has seen almost 40.000 people loose their lives.

There have been attempts at ended the war, ceasefires have been declared, gun’s have silenced albeit for short periods, but lasting peace has not been achieved. The two sides are to this day continuing to talk through their firearms. Turkey is continuing its determination of war without giving any regard to attempts and requests for negotiations and calls for a ceasefire.

The Turkish government in during its accession period to the European Union agreed to undertake some reforms that would see more rights being afforded to the Kurdish people. Not only were the positive reflections of these very weak in the first instance but we began to see a back track in respect of the steps that can be classified as positive. This is especially the case from 2002 onwards.

Presently, the Kurdish people are denied more of their basic human rights then ever before. Indeed, it for this reason that the Turkish government is constantly being ordered to make redress through compensation to its victims of human rights violations in cases that have been brought against it before the European Court of Human Rights (ECHR).

FOR A DEMOCRATIC MIDDLE EAST

The PKK, on the 1st of September 1998 ceased its, then 15 year long armed struggle and withdrew its armed forces from the Turkish boarders on the 2nd of August 1999 in an attempt to pave the way for a peaceful, political and democratic resolution to the Kurdish question. In this light it was hoped that this would see ripple a democratic wave throughout the Middle East but first and foremost in Turkey. The slogan throughout this initiative was a “freedom for Kurdistan and a democratic Middle East” because the two concepts are inter-linked.

Hence, an alternative project for a resolution to the Kurdish question had been initiated prior to the capture of Abdullah Ocalan. The PKK had proposed a detailed timetable in relation to its initiative. In 2001 the PKK denounced itself and formed the KCK. The KCK since its establishment has been working towards the securing of the Kurdish peoples cultural and identity rights under the Turkish constitution within the boarders of Turkey. Their efforts have been aimed at the recognition and free-speech of the Kurdish language, the development of the Kurdish culture, for the vocational courses to be thought in the Kurdish mother tongue, for a general amnesty for political prisoners and those in exile to secure harmony within society and for the freedom to partake in political activities. Additionally a further request of the KCK has been in relation to return of the 4 million displaced Kurds back to their home lands along with the regeneration of the Kurdish region.

Since 2005 there have been ongoing negotiations between Turkey and the European Union in relation to its accession to full membership. However, Turkey is still very far from putting into practice the various pre-requisite basic criteria for full membership. Issues such as torture, rapes (in custody), extra judicial deaths and civil unions being targeted are still live. There is still an alternative for the democratisation of Turkey and general region.

• Abdullah Ocalan has been in a state of solitary confinement on a prison on the Imrali Island off the Marmara sea since his kidnap in February 1999 from Kenya. Ocalan is the sole inmate on the prison island.

• Ocalan is being held within a 13 square meter cell. Inside the cell is a toilet together with a shower unit.

• Abdullah Ocalan is able to leave his cell twice a day onto a pebble-stoned yard spanning 40 square meters in size were he is allowed to get fresh air for 1 hour per day. The said yard is surrounded by a wall with barbwire on top.

• Abdullah Ocalan is able to have legal visits from his lawyers once a week under normal circumstances. However, 2002 onwards these visits have been wilfully constrained. The result is weeks of even heavier circumstances of solitary confinement. Ocalan family members on the other hand are only allowed social visits once a month for a period of 1 hour.

• Between 2005-2007 Ocalan was subjected to intense solitary confinement on 6 occasions as a result of conversations he had with his lawyers. 5 of these were enforced. On each occasion Ocalan was made to stay within his cell for 20 consecutive days whilst at the same time being deprived of his social with his family, his books, news papers, correspondence along with his radio.

• His sources of information are extremely limited. He is not allowed to have a television. He is only permitted to listen to a radio that has been programmed to selected frequencies. Books that are brought for him by his lawyers are passed to him very selectively and his mail is screened.

• At the beginning of 2007 it was established that Ocalan had been given poisonous elements from laboratory examinations of his hair samples. These elements are said to have been wilfully placed into Ocalan’s system to endanger his life.

• Ocalan’s conditions of incarceration at the Imrali prison are unique to him without there being another example of the same either in Turkey as well as the European Union.

In order to put an end to the bloodshed once and for all, for a peaceful resolution to the Kurdish question in Turkey we request the following:

For the intense conditions of solitary confinement placed upon Abdullah Ocalan to be lifted, the allegations of poising be investigated and for medical provisions to be put into place in relation to his healthcare.

For military operations to be ceased. In order for the requisite peaceful resolution for both sides to declare a ceasefire.

For the side to commence an urgent period of negotiations. To achieve this, the relevant Kurdish representatives must be recognised for dialogs to begin.

An initiative promoting the democratisation of the Middle East should be formed within the International community. With the strong international influence of both the European Commission and AGİT for an International Kurdistan Conference to be formed.

The political, cultural and economic rights of the Kurdish people must be recognised.

An all encompassing amnesty, which includes all that have partaken military combat.

For a Commission Investigating Truths in relation to human rights abuses to be formed similar to that in South Africa. This would have reaching implications in social cohesion.